Wooooo-hoooooo!!! The puck drops in about 11 hours and our long, long, long, looooong summer of despair ends and the first season of renewal begins. We'll have lots of stuff for you today including previews from Chemmy and I, a look at the experts' predictions for the Leafs (spoiler alert: they predict disaster), a preview of the game, and a game thread for the first of 82 therapy sessions. But first, a reminder to all of the visitors that have been too shy to participate: 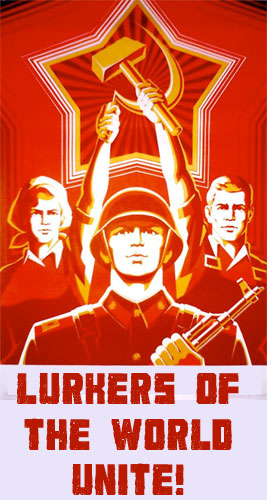 Today is a great day to join the growing community and share in the commiseration.

Back to the puck-tracking thing, I don't get how a big group of Americans can supposedly complain about not being able to see a black puck on white ice especially since they can allegedly see a white golf ball on a light blue sky. I can never see that shit. But, as one comedian who is so un-famous that I can't remember his name said, it makes even less sense because normally Americans have no problem distinguishing between black and white. Zing! Alright, enjoy the morning and the links and if you're new and American Chemmy is too so I have permission to make those kinds of jokes.