Share All sharing options for: Game 1: Leafs at Red Wings 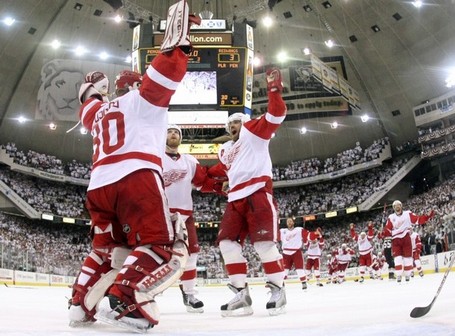 The first game of this rebuilding season is going to be painful, but remember that the end goal isn't short term success now, it's ending up where Detroit is now. The Red Wings haven't always been a fantastic team, their cup drought was 42 years when they won in 1997. They won the cup by becoming far and away the best at scouting and player development.

Tonight as the Leafs watch Detroit raise a Cup banner in our faces, as Leafs fans, we can all only hope that Detroit's lesson is sinking in to our players, coaches, scouts, and front office. Go Leafs go!