How To Build An Internet Mob in 7 Easy Steps

Share All sharing options for: How To Build An Internet Mob in 7 Easy Steps 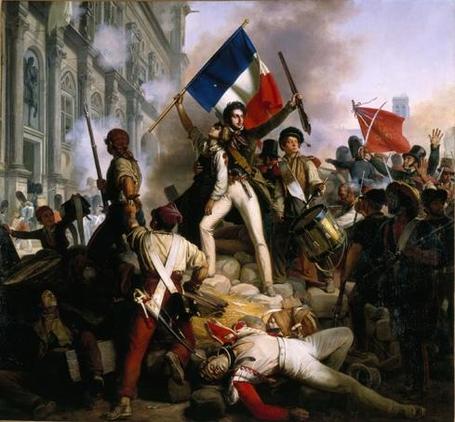 And I realized that the only purpose to revolution is to be able to love who you want, how you want, when you want and where you want…
- Dan Bern, "True Revolutionaries", Smartie Mine (1999)

On Tuesday, a campaign that has shown the unbelievable organizing power of the internet will conclude (all Americans: please vote!). On Friday, we saw an extremely small scale demonstration. SBN's co-founder Markos Moulitsas Zaniga would have been proud of The Barilkosphere. TorontoPassion noted that it was an interesting development and, maybe it's just interesting to me, here's a primer on how a group of strangers harnessed the power of the internet to make a small blip.

So there you have it. The organizing ability of the internet. Imagine how Leafs fans must have felt when they read similar columns in the 80s? Here's a rundown of the outcome:

If you come across any other reaction links please post them.