Game Preview: The Leafs Go on a Trip!

Share All sharing options for: Game Preview: The Leafs Go on a Trip! 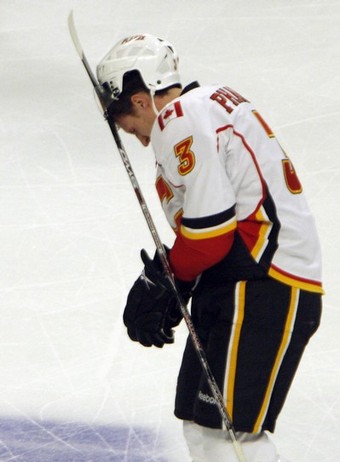 Toronto heads to Calgary after their exciting win against Montreal. The Flames are battling the flu. Jarome Iginla may be a game time decision and Dion Phaneuf has swelling around his eye from the above stick incident. This could bode well for the Leafs if they skate hard all night. Hopefully they're not jet lagged.

Let's hope Grabovski keeps his four game goal streak going and the Leafs get a good effort out of Toskala. Taking two out of three is going to be very difficult if the Leafs need to win in Vancouver later this week against Luongo.

Update: Since the Leafs are playing the rough and tumble Flames Jason Blake and Anton Stralman will be scratches with Ryan Hollweg and Jonas Frogren taking their places. If Hollweg hits someone from behind tonight I'll burn an effigy of him in front of the ACC before a game. Hockey Viking will be on the prowl for more big hits.