Share All sharing options for: Preview: Leafs at Oilers 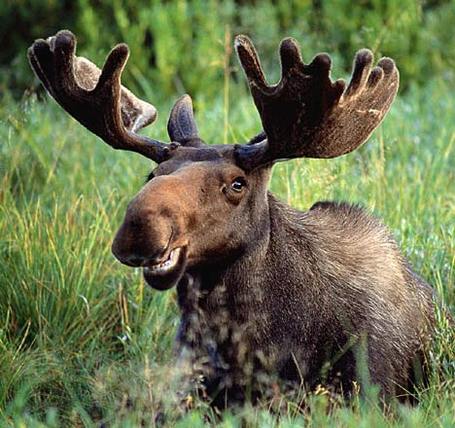 In the course of bringing you fine folks the best Leafs coverage I can, I occasionally have to do things that no normal human being would want to do. Today, in order to bring you a game preview for Leafs-Oilers, I talked to Moose.

Moose: wait 'til you get a load of Jeff Drouin Deslauriers tonight....

me: Stop talking to me.

Moose: yeah, he's due for implosion

Jeff Long French Name has a 1.71 GAA and a .951SV% to go with a 3-0 record. Hopefully it was just a lucky streak or the Oilers played teams who can't score. He's seeing about 35 shots per 60 minutes so hopefully the Leafs can run that total up. This will also be JDD's first start at Rexall.

me: Please leave me alone.
Moose: we're going to destroy you

me: If the Oilers win will you stop talking to me?

Moose thinks Toronto is going to win, which is probably a death sentence for the boys in Blue and White (without orange).
After his temper tantrum, Jason Blake will be back in the lineup tonight. I have to say that I love Ron Wilson:

"I'm glad he's upset," said coach Ron Wilson, who has coached Blake on Team USA. "You don't want a guy to roll over and die. I want him to step on the ice, and play with piss and vinegar, which he hasn't done consistently.