Share All sharing options for: Preview: Maple Leafs in Lotusland

First things first, this stupid game is on at 7pm Eastern Standard Time?! It's on the west coast! I committed to going to a dinner tonight at freaking 630pm so that I would be ready to see the game at 10pm! Damn you CBC for catering to the Leafs' massive fanbase. Anyway, now that that is off my chest...the Leafs are in Vancouver home of these people: 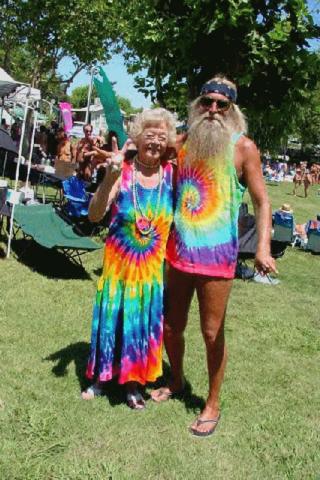 If you were lucky enough to get tickets to the game like Godd Till then remember to do something about the stink of pachouli before you head out after the game. This, like all of the Canucks' "rivalries" is pretty much one-sided because Leaf fans don't care but, boy, do the needle-using residents of the city of Vancouver care. REMEMBER YOUR SPG PICKS

Of all of the people that you least expected to understand Western Canada's love affair with the Leafs Mike Toth would have been high up on that list. But magically, he does although this part bothers me:

So, if you're a young fan of the Flames or Oilers who is hoping your hometown heroes lay a licking on Toronto this week, maybe you'll have a better understanding of your old man when he shows up at the rink wearing a tattered and torn Maple Leafs sweater.

Parenting: You're Doing It Wrong.

LFiV's fanpost had an excellent recap of the letters to the editor that this matchup produced including one from a bar owner that shit on Leafs fans and then asked them to visit his den of sin. Nothing like compromising your morals for a dollar.

But the insanity does not end there. Godd Till, who will be attending this afternoon's game (seriously, WTF!) outlines the crazy going ons in Canucks Hamlet as Leafs Nation invades the West:

Free local puppy-training aid 24hrs has been ensuring their readers get their money's worth this week with a slew of Leaf-baiting features. First, they took one of the the many wrecks to be found on the front lawns of Surrey, painted it in Leafs colours and auctioned off the right to put it through a car crusher. The winner? I shit you not, a self-proclaimed "Canucks and Senators fan" (which is like telling the paper you're a child-molester who lights forest fires on weekends). The video of this historic and original event was posted on the website, followed up the next day by a hockey column comparing Leafs fans to cockroaches, written by the paper's lead sports columnist - a freaking hand puppet. Then again, are they going to give the job to this genius?

What does Leafs Nation have to say about all of that hatred? What response do we give Canucks/senators (WTF?) fans? 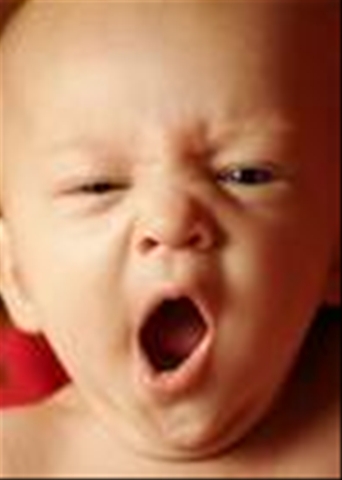 All this hate, this loathing - what is it but renewed confirmation, as if any was needed, that the Toronto Maple Leafs are the straw that stirs this country's hockey drink? What other franchise provokes this much vitriol? Not even the Habs, and their 10 Cups since expansion. What other teams fans flood visiting arenas across the continent? Leafs fans, take solace in this - no matter how much we lose, we will never suffer an even worse fate - not mattering.

The only real problem the Leafs have with the Canucks is their rollie pollie leading scorer saying things like this:

As for the fat jokes, he just laughs.

"I find it amusing," said Wellwood.

Um, Kyle, if I weighed 185 at 6 feet tall I would not be fat. You, however, are listed as 5'10" and I would guess that that comes with the mandatory two inch "don't make your player feel inadequate" addition so 185 doesn't sit so well on your frame. Actually, let's just look at the photo evidence. 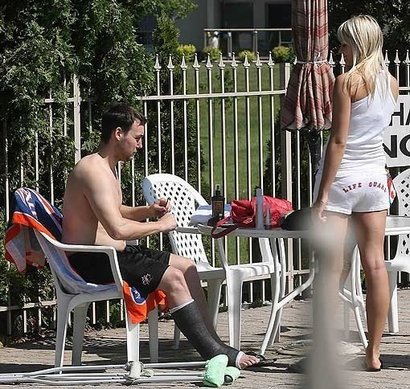 No word of a lie, that picture posted over four months ago by bkblades, STILL brings in visitors 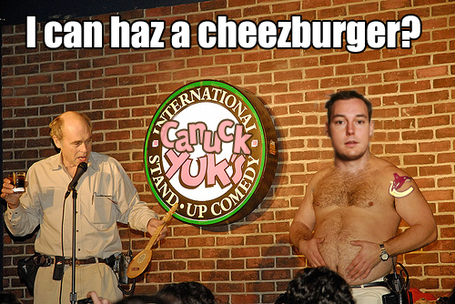 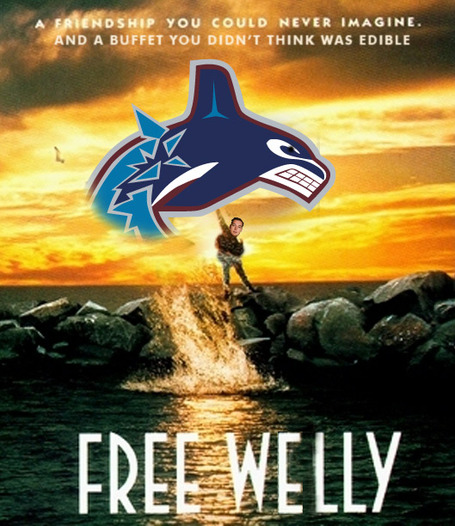