Karma Catches Up With Toronto

Share All sharing options for: Karma Catches Up With Toronto 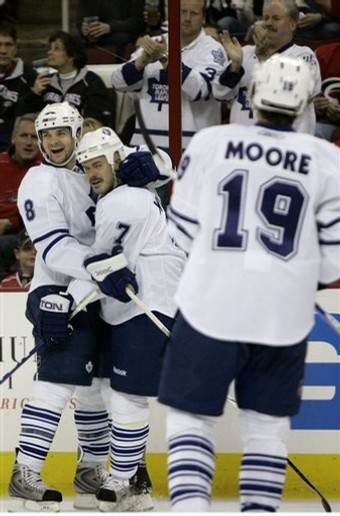 Holding on to a 3-1 lead Toronto gave up three goals in three minutes in the second period en route to losing 6-4 to Carolina.

Good effort by the Leafs in the last half of the third, but Toronto looked really complacent with the 3-1 lead and it came back to burn them.

Some quick hits about the game:

Thanks to everyone who came out and commented. Blah.