How I Met Your Hero

Share All sharing options for: How I Met Your Hero

I'm stalking the dining room and kitchen like a freshly caged lion. I check the clock, double check, triple check, and wonder how it's possible for the clock to be going backwards. I am repeatedly assured that we're only a half hour away from our destination but it's snowed all day. Add in the rain that's started and the fog rising and I don't trust the other drivers to ensure that we'll make it on time. Certainly not after seeing six separate accidents Saturday night which added and hour to my last trip down the 401. Finally, my uncle relents and we're off with plenty of time to spare. 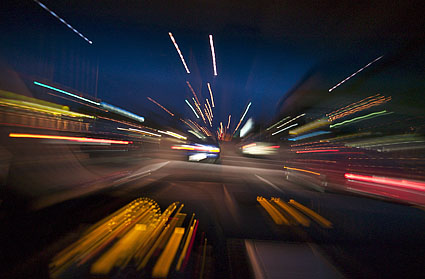 Way too much time in fact. There is no traffic and we slot into a parking lot 30 minutes before our 8:15pm appointment. I am needled relentlessly but what isn't revealed is what would have happened if we had missed this opportunity. You never really want to tell family that their life had been in danger. So we wait. 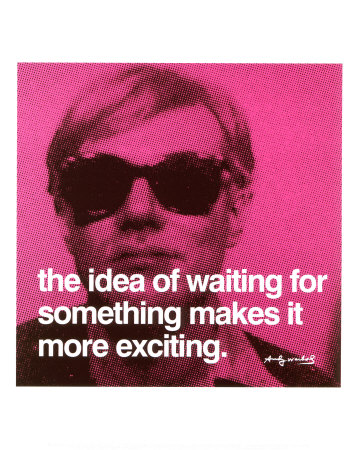 I work the phone to ensure that the rest of our party is on time and thanks to a total lack of traffic (better safe than sorry I say!) they show up mostly on time. We begin the short walk to the entrance...

As we wander in through the front door we give our name to an extremely attractive hostess. Peering around quickly, it looks like she's par for the course. We settle into our bar stool and start perusing the menu. The nerves are telling as our drink orders are taken as everyone, including my 15 year old cousin, follows my lead and orders a Caesar. Turns out they thought I was ordering a salad. Not that the waiter flinched when either a minor ordered or when my dad asked for one as an appetizer to go with his beer.

Initial jitters aside, we scanned the room and found the man of the hour: Wendel Clark. He was the reason that so many people we carrying or wearing Leaf paraphenalia on a Tuesday night without a Leafs game. To watch the man work the room was to see what you would imagine meeting royalty or the Pope might resemble. People were seated, anxiously awaiting their audience, their eyes following his every movement.

The shyness that was highlighted during his short (but sweet) speech at his banner raising is on display again. His handler notifies each table of his upcoming visit. He approaches the tables gingerly and smiles as all conversation stops. Wendel shakes everyone's hand firmly as one would imagine his father or grandfather taught him, smiles for pictures, signs much more than what the initial promotion suggested he would, and he lingers with each table. Whereas others might be weary after meeting almost 300 fans (and their groups) Wendel gives each group more than they could possibly hope to receive.

Finally, the handler stops by our table: we're up next.

I wish I could tell you that our conversation was worthy of immortalisation but it was the standard fan fare - thanks for being Wendel, congratulations on having your number honoured, what are you up to these days, can we snap some pictures - but what else would you expect when five people meet a man that they adored from afar until that moment. The smile never left his face as he humbly thanked us for the support and before we knew it he was on to the next group of nervous fans. 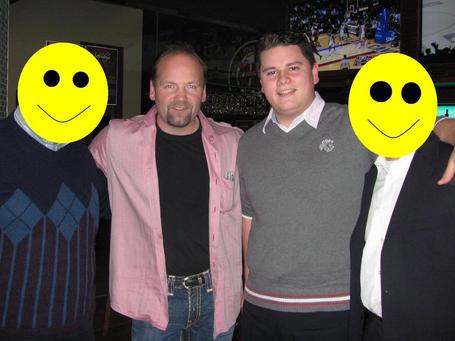 PPP with his father on the left and cousin on the right.
You can see the family resemblance.

The end result? A family heirloom that will get framed along with the program, ticket, and moustache. 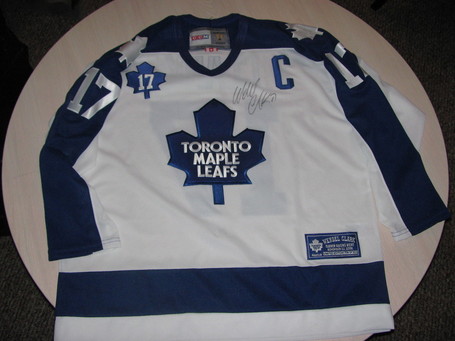 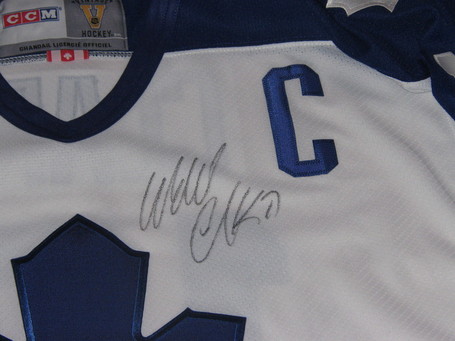 The Signature of the man himself 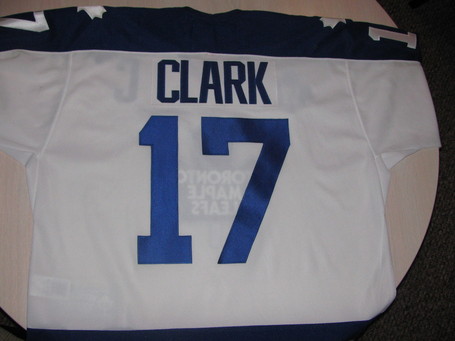 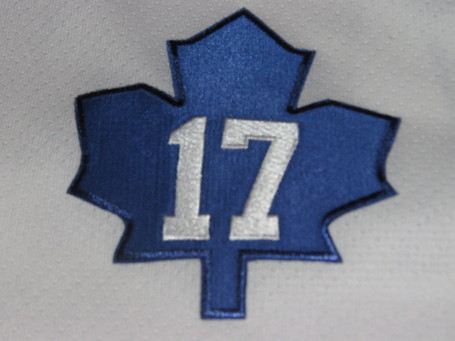 The special patch that the players wore on November 22nd 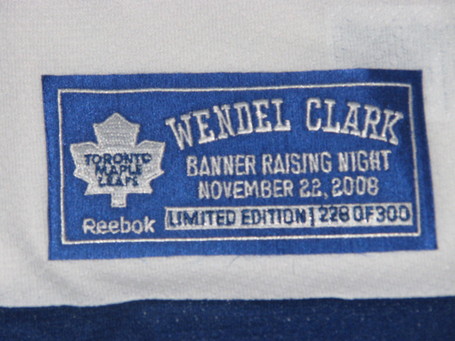 I tried my hardest to find either the closest to # 1 or 300 as possible but that's about as close as I got.

As a final note, I tried to get something else Tuesday night that may or may not have turned out. I'll know better when my sister gets back from school for Christmas. If it does, you'll know.