Where Are They Now? Episode Three

Share All sharing options for: Where Are They Now? Episode Three

The reign of error from which we were delivered last year had a number of defining characteristics. Sure, incompetence might seem like just one characteristic but I guess what I am saying is that you can break it down into different kinds of incompetence. This version of WATN will look at all of JFJ's brilliant acquisitions that are now out of the NHL. 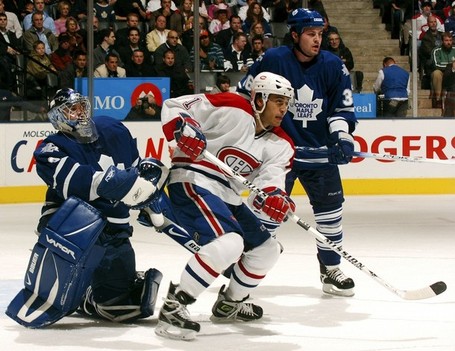 JS took over from Mikael Tellqvist (coming soon to a WATN near you) after he and the Leafs perpetrated a fraud on Leafs Nation in Montreal. They said that they were a team chasing the playoffs and they actually played like my junior varsity hockey team that went a season without winning. He proceeded to backstop the Leafs to a pressure-free 9-0-2 mark that tricked fans into thinking that the Leafs were not garbage.

Backup goalie for the Philadelphia Phantoms and not very good either. 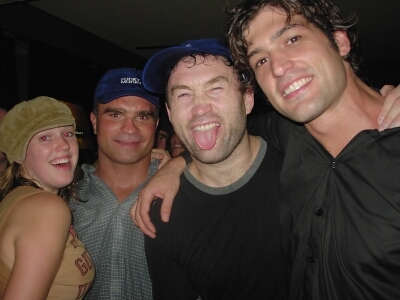 Signing Crazy Eddie actually was not a bad move. The Leafs would never have made it past the senators in the spring of 2004 if not for his heroics. Of course, that move was not made by JFJ.

What he did orchestrate was an extension for a guy coming off of back surgery with the league headed into a lockout which apparently would have consequences that no one ever (except for everyone not employed as General Manager of the Toronto Maple Leafs) saw coming. One of those was that having a goalie recovering from back surgery and entire season off the ice might not be the best idea.

Back from Sweden after realizing that one billion dollars doesn't go that far. Also, giving his car company an online presence. Well, soon anyway.

Many more mistakes are chronicled after the jump. 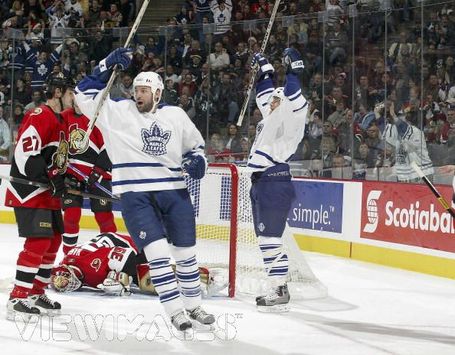 How did they get to Toronto

The Polish Prince was once a reliable 20-30 goal scorer. Obviously, you would never have known that from watching him in the blue and white. Less than 20 games into his career as a Leaf he was waived and became a footnote in the club's history.

He finished his career in Switzerland with the Rapperswil-Jona Lakers retiring after last season after helping them win promotion to the National League A. Coincidentally, soon to be honoured Doug Gilmour played there during the 1994 lockout. 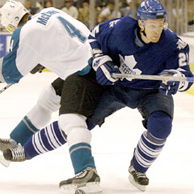 Khavanov was a classic JFJ signing. There was no real need for him since the Leafs already had McCabe and Kaberle to work the powerplay as well as Colaiacovo and a stable of other kids (Kronwall, Harrison, White) that could have used more seasoning. Instead, we got Khavanov.

After finishing his career with HC Davos Khavanov has disappeared from the face of the earth. If anyone knows what he is doing I'd appreciate it.

Editor's Note: Man, remember when I said that this would include all of JFJ's signings that are now out of the NHL? Well, once I started I realized that the list was far too long for one post. It is now at least four posts including this one. Sad, I know...