Share All sharing options for: More Contests? You Betcha!

Ah Governor Palin, how I love seeing you on television with your folksy charm and your fancy pageant walking. Seriously, she is pretty hot. It's like office hotness where a normally average girl gets a couple of bonus points for being the closest thing to hot in the office. Wait, what was I talking about? Oh yeah, contests. 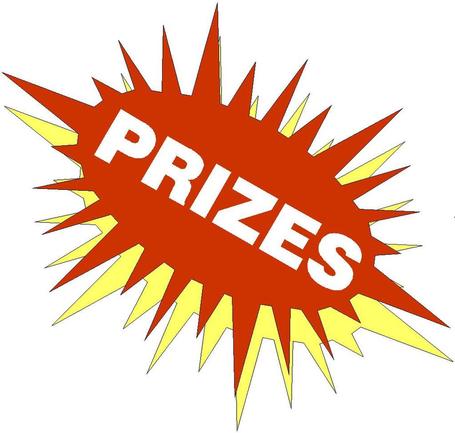 As I noted yesterday, there are actually more giveaways than we first announced. In addition to the super prizes announced yesterday there are two more ways to win our other two Tomas Kaberle bobblehead dolls.

SPG Contest: This post explains the idea behind the game and you can register here. Make sure that you set your loyalty with the Leafs. The twist will be that the "Will Not Happen" option does not count for this game. While the year-long stats continue to compile for the purposes of this contest only the 'real' points (ie when you actually choose the correct player to get the first shot, penalty, or goal) in December (starting tonight) will be counted towards the top prize so plan accordingly.

For the Regulars: In order to properly thank our regulars we are giving away a prize that is available only for people that joined prior to December 1, 2008. Obviously a lot of the success here thus far has been thanks to people spreading the good word. Ideally we'd send all of you a bobblehead (actually, we'd set up a battle royale but that would be expensive) but we only have one. So whoever refers the most new users that post 20 comments wins the prize. Just have them send me an e-mail with their username and yours so that I can track who referred whom.

If those new users also post two Fanposts, they'll be entered in to win bobbleheads and the jersey themselves!