Where Are They Now? Episode Five

Share All sharing options for: Where Are They Now? Episode Five

This has grown out of a throwaway post that I wanted to use to get comfortable with some of the site's new toys. Little did I know what I was starting. Earlier episodes can be found here (one two three four). This is the fourth overall and the second that looks at players that JFJ brought in or kept that are no longer in the NHL. 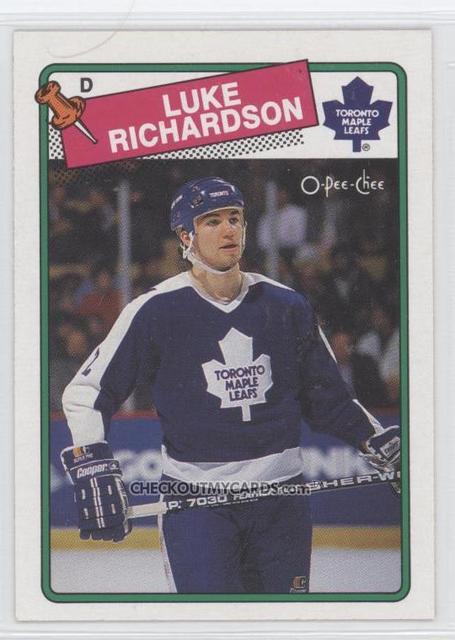 Luke was Luke before Luke was Luke. When he came into the league he was a hard-hitting defenceman that was going to anchor the team's defence for years. Then he got traded. I still remember Rock 'em Sock 'em 2 when he destroyed Tony Granato and the call "AND GRANATO THINKS HE'S IN GRENADA!". Anyway, the last time he came back to Toronto?

I have no idea why Luke was a necessary pick-up because, again, he took away ice time from the raft of kids that could have played that have slowly been exiting the franchise for lack of opportunities. 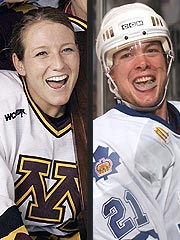 Traded to Toronto by St. Louis for future considerations, August 24, 2005.

I have no idea what those future considerations turned out to be but it wasn't anything amazing or we would have heard about it by now.

I actually really liked Pohl. I thought he stepped up well towards the end of 2006-2007 when injuries started moving him up the depth chart. In the end, however, he was too small and not fast enough and a victim of numbers. My abiding memory will be of a Sabres game I went to see with my dad when, with less than a minute left, Pohl picked up a rebound, skillfully pulled Miller out of the net and, with a gaping cage, fired it wide. That pretty much summed up his time with the Leafs. 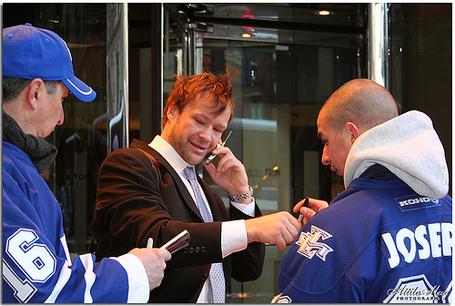 Can any of you even remember him playing for the Leafs? If so, I am sorry because it doesn't look like he did much. Just one more in the never ending string of 3rd and 4th liners that JFJ was so adept as scooping up.

After two seasons with Jokerit in Finland Wilm is playing this year with the Hamburg Freezers in the German Elite League where he has 9-11-20 in 29GP.

Fun Wilm Trivia: He was named after Bobby Clarke so the extra 'e' is not a typo as much as I know he wishes it was.

Our friend Tony was another in the never ending string of 3rd and 4th liners that JFJ was so adept as scooping up (yes, I just copied and pasted that) except that after teasing us with some glimpses of skill he ran away to Russia 2 games into his tenure with the Marlies.

Playing in the Swiss League with Servette Geneve and yeah, I read that as serviette at first too. 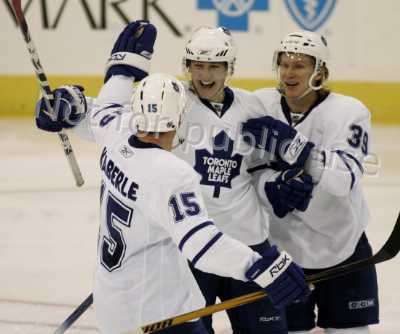 Signed as a free agent by Toronto, June 25, 2007 as another in the never ending string of 3rd and 4th liners that JFJ was so adept as scooping up.

Gamache managed to play 11 games before he ran away from Europe.

Signed as a free agent by Toronto (AHL), October 15, 2006 as another in the never ending string of 3rd and 4th liners that JFJ was so adept as scooping up.

I should probably have added that all of the 3rd/4th liners that JFJ signed were marginal NHLers at best. That might have been the reason that his teams missed the playoffs three years in a row. Perrott actually preceeded Ryan Hollweg as an enforcer that fans didn't love. He got to lay low because Belak was around but Perrott wasn't a good fighter.

Perrott was another NHLer poached by the KHL where he plies his trade with Vityaz Chekhov. The NHL is doomed.