Share All sharing options for: Preview: Leafs at Coyotes 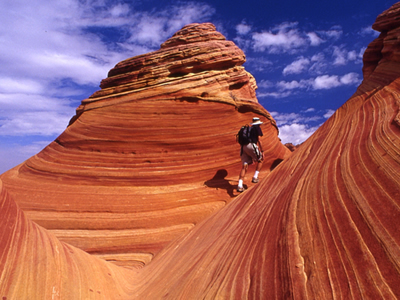 We've got an interesting preview today, I had OdinMercer from SBN's Five for Howling write a little bit about the Coyotes' rookies and young guns for all of your reading pleasure. Check it out after the jump.

So far the Coyotes are exactly average. At 11-11-2 we keep getting to .500 but can't quite get over it. It would be nice to do since every team that's above .500 in the west is in the top 8 in the conference. It's still early in the season, but it's still better to be in playoff position early, rather than out of playoff position.

Most NHL fans are well aware of some of the big names on team in the desert... Shane Doan has led Team Canada in the World Championships. There was the blockbuster Olli Jokinen trade over the summer. Signing Ed Jovanovski to a ridiculous contract and Brian Burke giving us a starting goalie for free while the Leafs had to trade picks to get Toskala. (Thanks for the reminder Chemmy) But one of the first things you'll notice when glancing at the Coyotes roster is just how freakin' young this team is. We're icing 8 guys that are 22 years old or younger. 8! Depending on whom we decide to scratch on any given night, that makes us either the youngest team, or the 2nd youngest in the NHL. While that might be a bad thing for many teams, the Coyotes have made it work. Here's a rundown of the kids you'll want to know...

Mikkel Boedker - Boedker gets top billing only because he's my favorite of or rookie class. He is amazingly strong on the puck for only being 18 years old. He's leading the league in ice time per game among all rookie forwards and he's there for a reason. When he's on the ice he absolutely wants the puck and he doesn't care who has it. He takes the puck away from the opposition and makes it look easy. He also puts pressure on any defense trying to breakout of their own zone and can get back to the other zone quickly. "Bods" also has great offensive skills and is actually a more likely pick than Turris for ROY out of Phoenix. He literally skates circles around most teams. Rather than cycle the puck I have seen him skate around the entire offensive zone 3 times with the puck waiting to find a shot or someone open. He has a great shot and puck handling skills. I'll let video do the talking here...

Kyle Turris - Probably the most well known of Phoenix's recent draft picks, he's played an okay game, but is still fairly undersized for the NHL. The Coyotes site lists him at 180 pounds, but I'd say that's with skates and pads. He literally has to leave his feet in order to check someone. However, being undersized hasn't deterred him much if at all as he positions himself in front well and has great speed.

Enver Lisin - Another speedster, Lisin was originally drafted in 2004. He played in Russia for a bit, and in 2006 was given a shot to make the Coyotes roster. He played in a few games, but when he was sent down to San Antonio, instead went back to Russia and was suspended for the season for doing so. However he stuck with the team the next year and accepted his assignment to the Rampage this time. He's been back and forth a bit this year, but after this most recent call up it looks like he's here to stay. He scored 2 goals to get the win over LA on Tuesday and if he's ever on a line with Turris and Boedker just act like you're on the PK, because they will all absolutely fly past your team.

Kevin Porter - Rookie out of Michigan who hasn't seemed to miss his other wing Chad Kolarik (playing in San Antonio) all that much. He's excellent at camping in front of the opposing goal and getting the "dirty" goals rather than the pretty ones. He also rarely makes rookie mistakes like most other young players do.

Viktor Tikhonov - A little bit of a surprise to make camp, he was the 28th overall pick in this past year's draft. Plenty of teams shied away from him simply because he was playing in Russia and at the time transfer agreements were a mess. However he never showed any intention of playing in the KHL and the Coyotes got him for a steal where they did. He hasn't put up a lot of offense yet, but it's only a matter of time for him.

Peter Mueller - Having a little bit of a sophomore slump, but he's starting to come around. He has however gotten into the bad habit of coasting to the puck and then reaching for it rather than keeping his feet moving. It’s really noticeable in games when an opposing player gets to a puck when Muels should have been there first.

Martin Hanzal - A really big kid who has been great playing a checking type role on the team. He fights for the puck, throws his body around and is generally a nuisance to the other team. He had back surgery in the off-season that many people thought would slow him, but it hasn't at all.

Keith Yandle - More of an "offensive" defenseman, Yandle leads all Dmen in points. All of last season and for the beginning of this one he was a liability on the D side though, which you obviously don't want from your Dman. Somebody got him some help for that though as he's shored up that part of his game, coming up with timely clears and keeping the puck on his stick during breakouts which used to have fans holding their collective breaths.

Let's hope the Leafs sick rookies (Grabs, Lemon, Schenner) spoil Phoenix's parade. Saturday Toronto's back at home at a regular time, so let's enjoy the last late night game for a while!