I don't normally get too worked up about old celebrities going to the shinny game in the sky, but to me, and I think to a lot of hockey fans, Paul Newman was a pretty important guy. It's literally impossible to hang out with your buddies and talk about hockey without a Slapshot reference kicking it.

On top of it all, Paul Newman was a pretty classy guy. He started Newman's Own. I'm not sure if they have Newman's Own in Canada, but they make all sorts of food products, from salad dressing to salsa, and their stuff is pretty good. Paul Newman received 100% of the profits from said company, which he then donated in their entirety to charity. 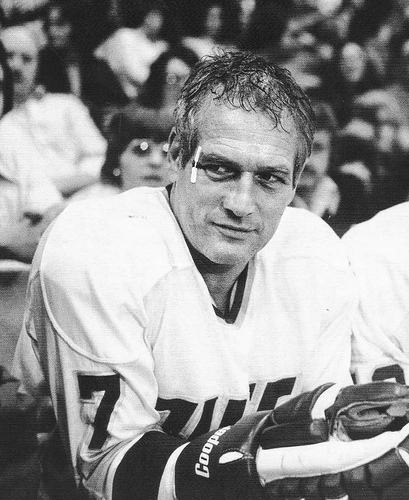 Read on for today's links.