From The Branches - JASON BLAKE DAY!

Share All sharing options for: From The Branches - JASON BLAKE DAY!

Editor's Note: For anyone unfamiliar with the acronym FTB it stands for the above. It's not the greatest name but you guys didn't give me much to work with. It's the morning's first post that rounds up the Barilkosphere and Leafs news. 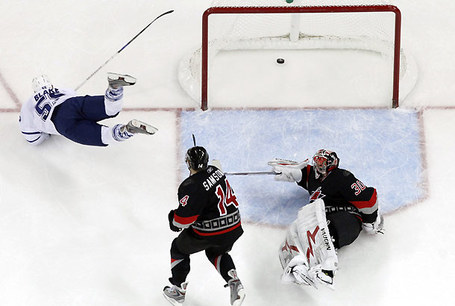 So did anyone stand out last night? Oh yeah, the flying hamster picked up three goals and two assists. Think about that for a second. Jason Blake hates Paul Maurice so much that he singlehandedly defeated his Hurricanes. I don't like tossing superlatives out there but that was Maurice Richard-like. Today is all about the albino assassin. Well, mostly.