Here at PPP Amalgamated Heavy Industries Incorporated we realize that the quality of the site depends as much on the people that contribute comments, fanposts, fanshots, and general hilarity and insight as it does on the combined awesomeness of Chemmy and I.

In the spirit of the past Christmas season, we gathered a few prizes to give away including a Mats Sundin jersey, a Wendel Clark Bobblehead and Official Banner Raising Night Moustache, a slew of Tomas Kaberle Bobbleheads, and some Leafs pins.

Some of you had probably started to wonder about what had happened to these prizes...well wonder no more!

Despite some simple rules at least two people missed out on winning because they had not fulfilled the requirements! Keep that in mind the next time (soon) we give away amazing stuff.

Grand Prize Winner: LeafFanInVan! I am not sure that it could have gone to a better placed person unless it was Karina. The jersey will be used to remind Canucks fans that they are cheering on our sloppy seconds. 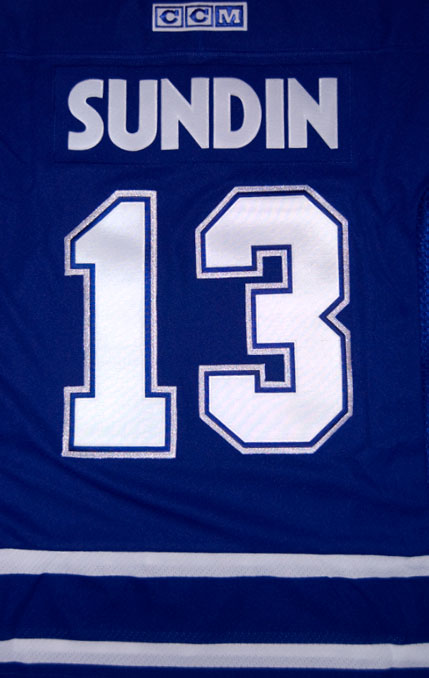 Second Place Winner: JohnnyG! He gets to relive Wendel Night without having to shell out plasma and blood to buy tickets. 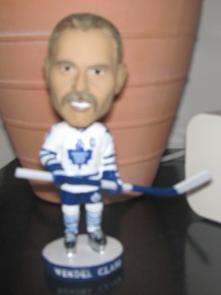 Get yer ass out of bed!

Third Place Winner: blue with age! He'll have a long lasting reminder of the Jeff Carter bobblehead he could have had if not for a no-trade clause. 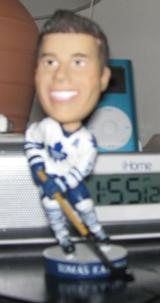 SPG Contest Winner: JaredFromLondon! Seriously guys, this guy eats all of the radioactive breadcrumbs in game threads and he beat all of you. For shame. Hopefully he doesn't eat his Tomas Kaberle bobblehead doll.

For the Regulars: General Borschevsky! This was meant to be for referrals but you guys stunk at it. Good thing you're pretty or we'd have to clean house. Anyway, it became a random drawing between everyone that had registered before December 1, 2008.

So that wraps up this year's Christmas contest. If you missed out on these amazing prizes we'll try to drum up some good ones next year and we still have some stuff to give out soon. Hopefully you'll take part!