Error - Does Not Compute

Share All sharing options for: Error - Does Not Compute

Things are wild and crazy in blurratopia.  Little bubba has the bacon-itis (aka H1N1, or swine flu) and the wife and I have spent the better part of the evening disinfecting our entire household in what I'm fairly certain will prove to be a futile exercise.  Still, the links call, and I heed their call.

Quite frankly, after the wild and crazy thoughts floating around in the Barilkosphere, my brain looks kind of like this: 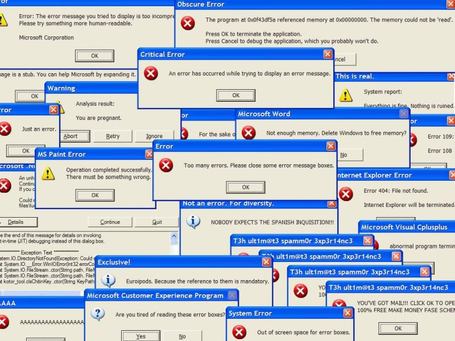