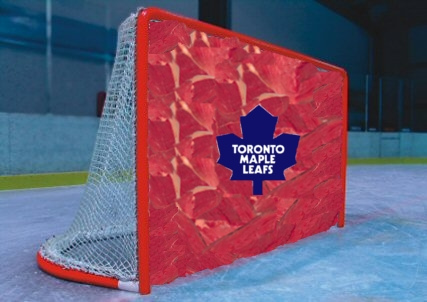 For real yo, this little toaster is our ticket to 160 points this season.

So then. Not the best start to the season, but fear not my timorous brethren. MLSE MegaCorp (in association with Zorin Industries) have been diligently beavering away in their research labs and are now ready to give you the latest in GM Goaltending. The TMLFleshSlab is a 6 foot by 4 foot block of living, sentient meat (See also Mr K. Wellwood, latterly of this parish) which will be placed between the pipes as a solution to our goalie woes.

We can now look forward to shoot out wins in every one of remaining games. (Caution - some playoff!!!1! games may last well over seven hours). When asked its feelings on being the new Leaf puck stopper, the TMLFleshSlab replied, 'Every moment I live is agony. Please kill me.' Huh. Just like Vesa then.

MLSEMegaCorp - Sinning against nature to bring you Lord Stanley's Cup!

As usual - please whack anything I've missed in the comments!