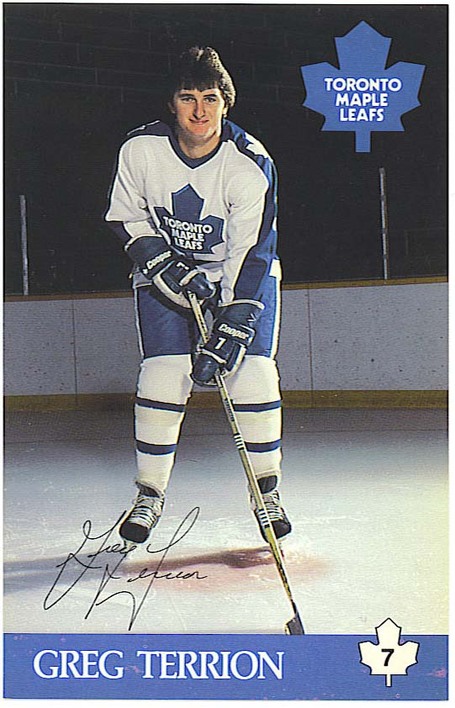 Between "Stumpy" and "Tubby," the mid-80s Leafs led the league in not-terribly-flattering nicknames (though Ken "the Rat" Linseman probably begs to differ).

Greg Terrion was one of those unsung guys who did the unglamourous jobs that don't really show up in the stats.  His lot in life was to kill penalties and check the opposition's better forwards.  Given how appallingly bad the Leafs' defensive play generally was and the type of minutes Greg would get, his stats are actually remarkably good.  Even in the dismal 1984-85 season, he was only a -15, and he was never worse than -6 in any other Leaf season.  (Greg was never part of a Leaf team that had a positive goal differential.)

Tubby wasn't the star, but he provided the two most memorable moments of my first NHL game.  The Leafs hadn't had a ton of offense going, but Terrion was doing what he could.  Leading a rush into the Washington zone, Greg was hooked from behind just as he crossed the blue line.  The Washington player's stick appeared to catch him around the neck, pulling him straight backwards, feet flying up into the air.  No penalty on the play.

The following period, he had the puck on a two-on-one heading into the Washington zone.  As he passed in front of the Capitals bench, a player jumped over the boards and cross-checked him in the head, negating the rush.  This time a penalty was indeed called - Washington got nailed for having too many men on the ice.

As is so often the case, Greg put in a lot of years when the Leafs were particularly brutal and as the team began to rise from the ashes (they would sink back in, of course), he found himself out of a job.  By the late 1980s, all that youth began to arrive and take on larger roles, Greg's role diminished a lot.  By 1986-87, Greg was mainly playing fourth-line and penalty kill, and by 1988-89, he was a Newmarket Saint.

A Tubby tidbit (via the google cache of hockeydraftcentral):

Normally, I'm kind of disappointed when I go youtubing and all I can find are fight videos.  However, Greg Terrion/Neal Broten is odd enought that it's probably worth seeing.  Also - it's the only yourube proof of Terrion's existence: 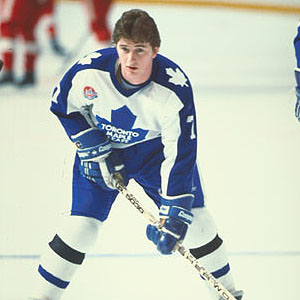 
The HHOF take on Greg:

"Greg Terrion was a talented left-winger whose quickness made him useful as a checker and offensive player. He played nearly 600 games in the 1980s and was a well-liked figure by his peers.

Born in Marmora, Ontario, Terrion played junior with the Hamilton Fincups and Brantford Alexanders. After scoring 122 points for Brantford in 1980, he was picked 33rd overall by the L.A. Kings at the Entry Draft. "Tubby" scored 37 points as a rookie playing with Jim Fox and Steve Jensen and duplicated this output as a sophomore.

The hard-working forward joined the Toronto Maple Leafs in 1982-83 and played six seasons with the club. He was a solid defensive player whose quickness and smarts made him useful on both specialty teams. The crafty veteran often worked effectively on the same line as Bill Harris and Terry Martin or Stewart Gavin and Bill Derlago.

Terrion's checking and upbeat personality helped Toronto come within a game of reaching the semi-finals in 1986 and 1987. He retired in 1989 after playing 60 games with the Newmarket Saints of the AHL. " 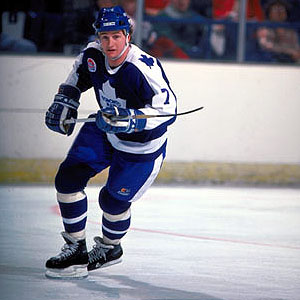