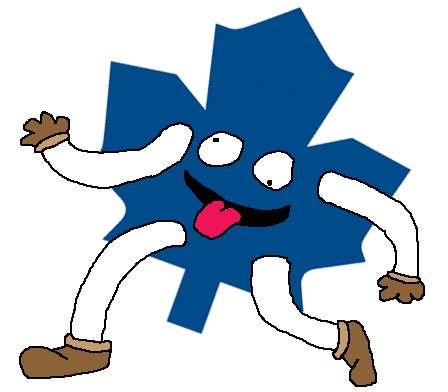 LEAFS MAN lives! Unlike the Leafsmobile he inspired the Leafs to overcome a typically terrible start. Jonas Gustavsson did not want to disappoint him and he started making sick saves. Phil Kessel wanted to impress him so he undressed Keith Ballard. Alexei Ponikarovsky lives for his approval so he was in on the first four goals. He only gets credited with a goal and an assist but he also crashed the net twice Edit: and got more points elsewhere for a four point night. Niklas Hagman feared losing his wife to LEAFS MAN so he potted two goals. Christian Hanson doesn't want to play on a LEAFS MAN-less team so he hustled hard and forechecked like a power forward. Francois Beauchemin wants LEAFS MAN's help shutting up the naysayers so he continued his strong play.