Share All sharing options for: Philthy Phil is Phantastic!

The Barilkosphere is buzzing with talk of Phil. For the first time since Kessel became a Leaf, everytime his name was mentioned, it was not instantly followed with "for two first round picks and a second." No, when Kessticle came to the fore, it was followed or preceded by words like "wow" or "amazing" or "super fly."
OK, maybe not super fly. But you'd be hard pressed to disagree... 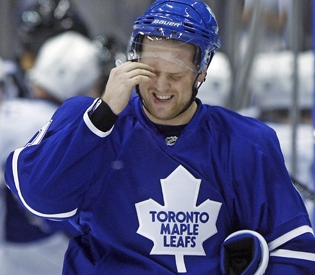 "Stajan AND Blake? FML." (via multimedia.heraldinteractive.com)