Share All sharing options for: TML: Here's to Future Days

A funny thing happens to a young NHL superstar on his way to setting a personal high in shots in a game: you electrify a nation driven mad with desire for culpable proof that their team will actually have a number in the "wins" column in the double digits. And by double, I mean, "2".  As a charter member of that Nation, did I get all the proof I need? You bet your over-used Wellwood fat-jokes I did. So tonight, as the goal lusty Phil Kessel and the Leafs head into flavour country, do I believe Toronto will reach that plateau over a ripe-for-the-taking Hurricane team? Does a Wellwood eat in the woods?

The thing I found most noticeable about Kessel's first game as a Leaf was how dynamic he was with the puck. When he had it, he wasn't thinking "...hey, a drop pass would look great right about now!". He just wanted to take it and score with it. He failed miserably of course, seeing as how the score was 2-1 against and not 11-1 for, but still. The intention was there, and considering the season so far, that's a lot.

I feel a sense of peace and hope for the future that the binary star of Kessel and Gustavsson will bring to the Leafs. The future looks better than today. As the Hadron Collider is sabotaging itself from the future, Newton's third law has kicked in, and future Kessel brings hope! And goals! And wins! And the retirement of Howard Berger!

Don't worry Pension Plan Puppets fans, in this future your beloved blog still takes to the sky each night, now from our new HQ in an abandoned cistern miles beneath Mt. Fuji, where we take delight in the ugly, gutless play of the nearby Osaka Senators. Your core group is still here, except now "1967ers" calls himself  "2012ers" for reasons too wonderful to even speak here. Leaf of the Day's still going strong, bringing us former Leaf news and information. Here's a sneak peak at future Kessel's installment. 2012ers continues doing a great job on LotD. Hopefully in May of 2011 you won't miss his two day piece on Jyrki Lumme's post hockey career rise to become Finland's top acid house DJ. See you then! 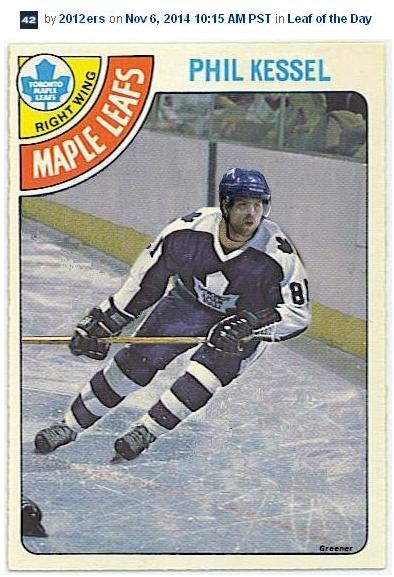