Editor's Note: Sorry for publishing this late but it'll have to carry us through to Tuesday! The game thread will be up at 6:45pm. In the meantime, read about one of the Leafs' greatest playmakers. 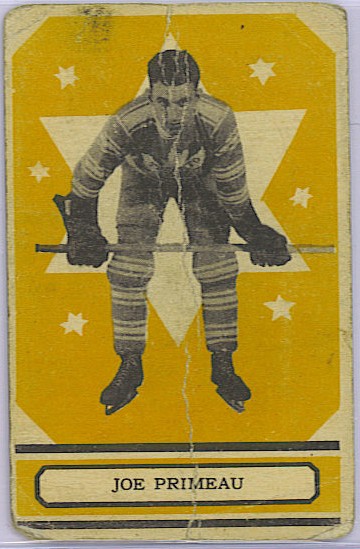 In the 1929-30 season, the NHL made a radical change to its game.  The 20s had become the ultimate dead puck era.  Goals were all but impossible to score, as evidenced by Montreal's George Hainsworth, who had a 0.92 GAA and 22 shutouts in the 44-game 1928-29 season.  To counter this, the NHL permitted for the first time the forward pass in all three zones.  It transformed the game from something based entirely around the individual rush and stickhandling ability into the game we know today - one based on puck movement and teamwork.

The Leafs at that time had these two brand-new wingers who liked to drive the net and score lots of goals.  The guy on the right side was huge, could skate and hit and had a rocket of a shot.  The guy on the left wasn't quite as big, but was an effortless skater with fantastic hands.

All they needed was a guy who knew how to get them the puck in the kinds of spots they needed - a guy who knew how to set up a sniper to do what he did best.  They found it in a slender centre named Joe Primeau, a player Conn Smythe had first spotted while putting together the Rangers, and the rest was history.  The Kid Line was one of the biggest successes of the early 1930s and led Toronto to the first Cup of the Smythe era.

Joe was a fantastic passer who could hit you on the tape from pretty much anywhere.  It was said that he could put the puck in your pocket if you wanted.  With Conacher and Jackson on his wings, Joe led the league in assists three times and set an NHL record with 37 in 1931-32.  He was also the defensive conscience of the Kid Line, since it wasn't really a job that appealed to either of those wingers.

The ony real complaint with Joe was that he couldn't play with two pucks simultaneously - something he always had to remind both Conacher and Jackson whenever he'd pass to the other.

Joe retired early to go into business, but stayed around the game.  He became a very successful coach in both senior and junior hockey and eventually succeeded Hap Day behind the Leaf bench.  A very easygoing, approachable coach, he took what had been an outstanding Leaf team and brought it to new heights.  Under Joe's guidance, the Leafs had what was arguably their best season ever, finishing with 95 points in 70 games and winning the 1951 Stanley Cup.  His real interests lay elsewhere, though, and he didn't coach at the NHL level for particularly long.

He is the only coach to win an Allan Cup, a Memorial Cup and a Stanley Cup. 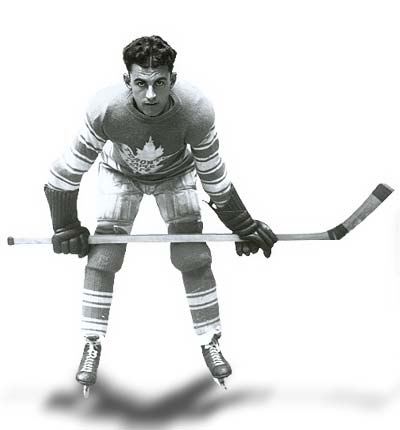 "Conn Smythe gets the credit for discovering Primeau. While Smythe was building the Rangers, he brought in Primeau as a prospect, but the Rangers felt Primeau, who was 5’11" and played at about 160 pounds, was too small and they refused to sign him.

When Smythe was unceremoniously let go by the Rangers, he never forgot the slick passing centerman. When Smythe joined the St. Patricks (later re-named at the Maple Leafs) signing Primeau was one of his best moves. It took a while though, as, perhaps because of his late start in hockey, Primeau needed to polish his game. Joe only appeared sparingly in the first two seasons. He spent most of the two years of minor professionally hockey with the Toronto Ravinas."

The HHOF take on Joe:

"Primeau played all nine of his NHL seasons with the Toronto Maple Leafs and his clean but still hard-nosed play earned him the nickname "Gentleman Joe." Although he was born in Lindsay, Ontario, and raised in Victoria, British Columbia, he moved to Toronto at an early age, where he played with St. Michael's College in a four-team prep school league that included Upper Canada College, University of Toronto Schools and St. Andrew's.

In 1924 he moved on to the Toronto St. Mary's team and his play impressed Frank Selke - who was running the Toronto Ravinas of the Can-Pro league - who arranged for him to play with the senior Marlboros in 1926-27. From there he was assigned to play for the Ravinas and his exploits - a league-leading 26 goals in 41 games - earned him a two-game tryout with the Maple Leafs. Primeau spent most of 1928-29 with the Can-Pro league's London Panthers, but he was recalled by the Leafs for the last six games of the season.

During the 1929-30 season, Primeau's pro career finally took flight when Leafs coach Conn Smythe put the 23-year-old centre on a line with a pair of 18-year-old rookies, Charlie Conacher and Harvey "Busher" Jackson. The Kid Line was born. The three young players - all superstars, Stanley Cup winners and Hall of Famers in the making - complemented each other's style perfectly.

A testament to Primeau's playmaking ability was the fact that Jackson won a scoring title while Conacher twice led the league. But as Primeau revealed, it was chemistry as much as talent that made the line work. In 1931 the Leafs moved into a new rink, leaving the Mutual Street Arena for the palatial Maple Leaf Gardens. That first season, the team won the Stanley Cup, led by the incomparable Kid Line.

Throughout his playing days, Primeau was also involved in business, and his early retirement from the game in 1936, when he was just 30 years old, was directly attributable to just that. It was first called Joe Primeau Block but soon amalgamated to form Primeau-Argo Block and expanded to include five plants across the country.

Once he had established the business, his interest in returning to the rink grew further and further away. During his playing days, in 1932, Primeau had coached the West Toronto Juniors, and he continued to work behind the bench for local teams right through the war - most notably a six-year stint with the Upper Canada College team. In 1944-45, he returned to St. Mike's as coach and won the coveted Memorial Cup in his first season. He then coached the RCAF team stationed in Toronto, and after he was discharged he hooked up with the Marlboro seniors, whom he led to the Allan Cup championship in 1949. In 1950-51, he became coach of the Maple Leafs and won a Stanley Cup in his first year. Thus he became - and remains - the only man to coach teams to the Allan, Memorial and Stanley cups." 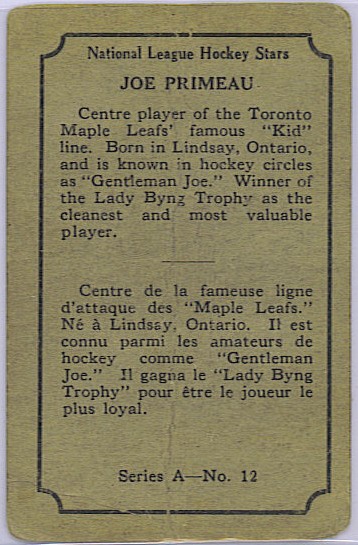