Mickey Grabs, catch the blast of a hype verse
My shots bursts, leave in a hearse, I did worse
I come rough, tough like an elephant tusk
Ya head rush, fly like Egyptian musk
Aw shit, TML spark the wicks an'
However, I master the trick just like Nixon
Causin terror, quick damage ya whole era
Hardrocks is locked right up, or found shot
Maple Leaf style, hazardous, cause I wreck this dangerous
I blow sparks like Waco, Texas

So bring the mutha effin' ruckus. 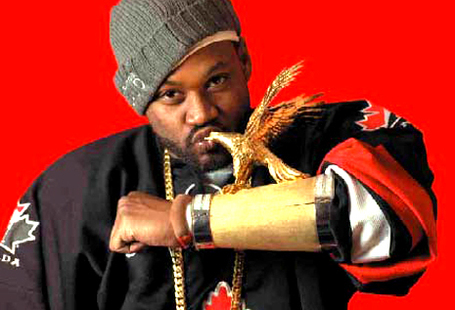 After the dismantling defeat at the hands of the Boston Bruins the Maple Leafs need to seize control of their home ice. Or in the words of Wu Tang Clan, their "hood." To boost morale I think we ought to rewrite some rap lyrics and make them team applicable. Better yet, which Leaf is which Wu Tang Clan member? Mikhail Grabovski is obviously Ghostface Killah.