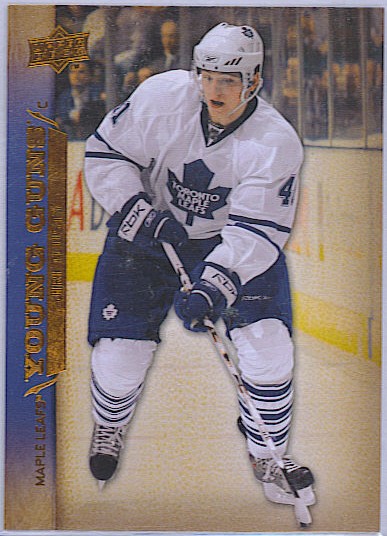 You know Stumpy and Rusty and Grabbo and Killer,

Tiger and Teeder and Frodo and Giller.

But do you recall

The most famous nickname of all?

had a very famous pose

and if you ever saw it,

well, it was you and about 10 million other people.

It says something about the age we live in that the defining moment for a first-round draft pick was not a particular goal or a memorable play but instead the social networking gaffe of a lifetime.  Appropriately, his exit from the Leafs was similarly documented on Facebook.  Rumour has it (it was on a radio phone in show, so it has to be true) that his profile page was full of statements about how he never got a chance here and how he was going to come back and burn the Leafs.  Jiri, apparently, has learned something because

"Jiri only shares certain information with everyone."

Truly, his stay in Toronto was not without value.

I jest, of course.  Like pretty much every other pick the Leafs ever make, particularly first-rounders, I had high hopes for Jiri.  I was pretty pleased that he played most of a season as a teenager and I kept figuring that eventually he'd bust out and really show something.

Apparently, I now have to wait for it to happen in Albany.

I had sort of figured that since they'd gone to the trouble of trading for him and reuniting him with Paul Maurice, they'd at least give him a sniff with the big club.  This may happen, but just not yet.

As for the song, I probably could have taken it further, but I had sort of painted myself into a corner where the only things I could think of were themselves NSFW.  It would have been a fitting tribute, but not for today.  I leave that to the rest of you.

This would be about as good a moment as old NSFW had in a Leafs uniform:

- Traded to Carolina by Toronto for Pierre Paradis, December 3, 2009.


the HHOF take on Jiri (NSFW):

"Jiri Tlusty was born March 16, 1988 in Slany, Czech Republic. The first round, 13th overall selection of the Toronto Maple Leafs in the 2006 NHL Entry Draft, Tlusty honed his skills in his homeland with HC Kladno in the Czech Republic Junior League.

A proven goal scorer, Tlusty competed in 2005-06 with Klado and tallied seven goals in 40 games before he arrived in North America. In 2006-07, Tlusty played six games with the Leafs' AHL affiliate, but spent the rest of his time with the Sault Ste. Marie Greyhounds in the Ontario Hockey League. After a stellar regular season and an outstanding playoff with the Greyhounds, Tlusty would dress for 58 games of the Maple Leafs 2007-08 season. " 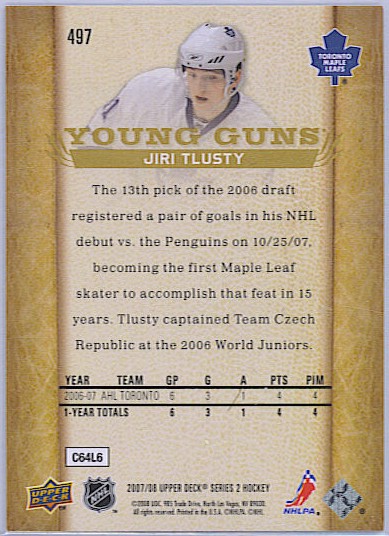