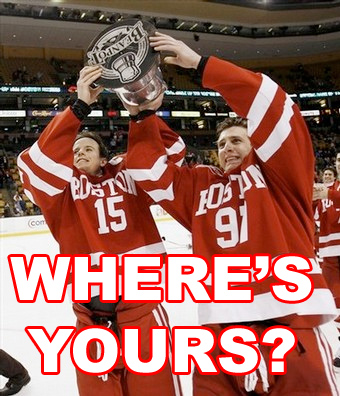 Nationally ranked #1 Boston University wins their 29th Beanpot in a thrilling 5-2 decision over #3 Northeastern. Capped off by two shorthanded goals in thirty seconds, BU once again has won half of all Beanpots played.

In Maple Leafs news, Brian Burke apparently isn't as big of an Antropov fan as PPP is, here's some reaction from the Barilkosphere:

In conclusion, be nice to PPP today, he's going to be cranky.