Tonight Boston University takes on Harvard at 5pm, before Boston College (booo hiss) takes on Northeastern at 8pm. The games will be broadcast on NESN in the US and Rogers Sportsnet in Canada. 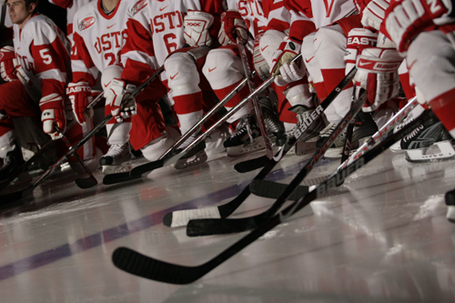 What's the Beanpot? It's a tournament between the four D1 colleges in Boston - BU, BC, Northeastern and Harvard. BU has won 28 of the 57 Beanpots played, making them the kings of Boston.

I'll be at a viewing party near NYC cheering on my alma mater, the Boston University Terriers, led by Colin Wilson. Go Terriers!