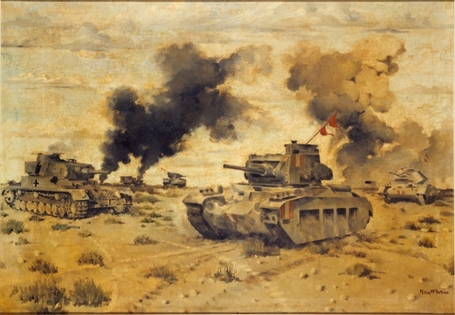 In a tank battle the infantry always lose

Wow! First the Islanders and then the Lightning! Who can contain themselves in the face of such excitement! Who are the infantry in this scenario? The fans. We have to suffer through one more meaningless game. If the Hockey Gods want to toss us a bone they'll have Lecavalier and St. Louis light the Leafs up like they usually do in these meetings.

Martin Gerber will be getting the start for the Leafs. Coincidentally, his last shutout came against the Lightning. And by coincidentally I mean unfortunately. Will Lightning strike twice (or at all)? Who knows. In the other net Karri Ramo is scheduled to start in net according to Damian Cristodero.

Do those numbers look good enough to beat the Leafs? Of course they do, it's a trick question. In other moves, the Lightning will be dressing Richard Petiot who was part of that deal that allegedly saw Burke 'buy' a draft pick.

Damian Cristodero also had some good reactions from members of the Lightning on the proposed changes to the rules:

Tocchet also was disappointed GMs did not more heartily address the idea of keeping helmets on during fights and having linesmen jump in to stop a fight when helmets come off. That proposal was tabled for more study.

The sticking point is visors, which give players in a fight extra protection. Some players take off their helmets to equal the risk in a fight with those who do not wear visors.

"The helmets coming off, that’s probably  the most scary thing for me," Tocchet said. "I’ve been in fights where helmets have come off and I’ve seen guys hit their head on the ice, that’s scary. I don’t like when guys take their helmets off. I understand when a guy has a visor on. He’s trying to show character and say I don’t want that much of an advantage. I don’t know how you do that."

Let's take a look at the current Tavares Cup standings

This thing is far from over despite the most fervent wishes of the Toronto media. Two well-timed losses could not only vault the Leafs into 26th but they could give the Lightning the impetus to continue their race from the bottom. A scary statistic about these matchups: the home team has won 11 of the last 14 meetings. A split's not too bad.