A lot of the older commenters here like to remind us that things have been much worse. Those of us of the 22-32 vintage have one man to thank for revitalising the Leafs in the early 90s - Doug Risebrough: 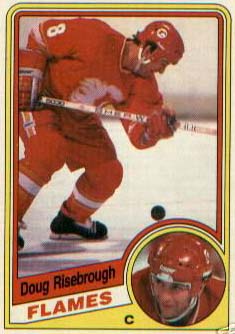 Forced off the ice because of the knee injury, Risebrough became general manager and coach of the Flames. He was burned badly by the Doug Gilmour for Gary Leeman trade, forever overshadowing his accomplishments as GM in Calgary. He would later become the long time GM of the Minnesota Wild.

I think that might be the understatement of the century. So if the good Flames show up it may be tough but remember to thank them for making the Maple Leafs into the financial juggernaut that we have today. Maybe they can help us out in a year or two again. I'm sure Cliff can give Burke their phone number.

How do they spell 'dynasty' in Calgary?