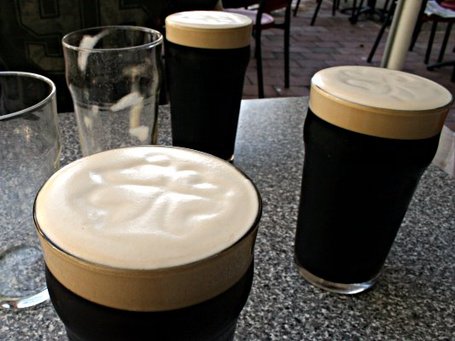 If anyone ever puts a shamrock in your Guinness, feel free to throw it at them.

Yes folks, it's that day of the year where you can cut loose and celebrate your 1/16th Irish heritage. WIll tonight's game with the Bolts feed your powerful Irish anger or lift your Irish poetic soul? Never one to shy away from a controversial opinion, I'll be making a small wager on a Seamus Grabovski hat trick (after being so callously denied by facts at the weekend) and a Martin O'Gerber shutout.

Expect MacKaberle and Mac Van Ryn to be getting locked in a hostellery near you, rambling for hours on the potato famine and a lingering sense of resentment at the English for their injuries. Sláinte Mhaith!