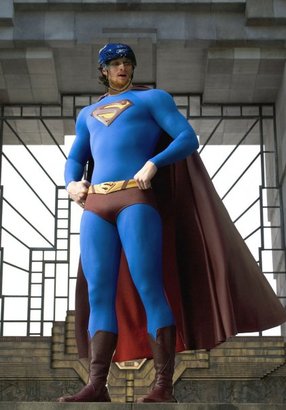 It is official. The Toronto Maple Leafs have traded away my favourite player. They sent him to the New York Rangers for a second rounder and a conditional pick. Does that properly compensate the team? Considering he is a rental it's not too bad I guess. The larger question is whether it properly compensates me for the years of waiting for him to begin to reach the potential that got him drafted 10th overall? Not really.

As much as people hated Antropov for his fragility (fans might call it bad luck) he had finally proven that not only could he produce points but he could even do it without having to ride shotgun with Mats Sundin. He overcame two rebuilt knees and the hatred of fans who cheered just three short seasons ago when he was a scratch. He loved the city, began his family here and even became a Canadian citizen.

Now the Leafs have some picks that might turn into something instead of a player that had put up 0.70 points per game for the past 180+ games, was 6'6" and loved to go to the front of the net on the powerplay.

The Rangers acquire a player that immediately becomes their leading scorer and second in points and all that for about $5M and 58 years less than Scott Gomez.

Maybe he'll come back in the summer...