The Impending Crisis: The Salary Cap, The Economy, and the Trade Deadline

Share All sharing options for: The Impending Crisis: The Salary Cap, The Economy, and the Trade Deadline 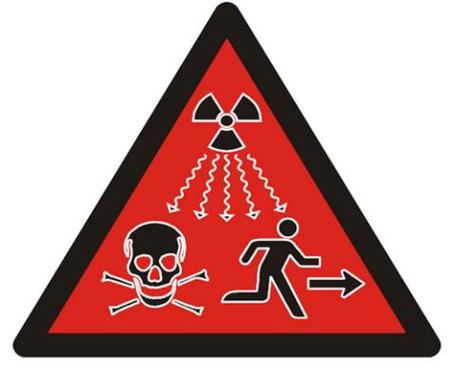 It's always helpful to have signs that tell you when to panic.

A lot of ink has been spilled about the impending salary cap collapse after the 2009-2010 season. Thanks to the NHL's opaque accounting policies it's difficult to predict just how far the salary cap will fall. What has been reported is that the league will be holding on to the largest chunk of escrow money under the new CBA:

The NHL is poised to keep more than $120 million in player escrow money at the end of this season, sources familiar with the league's projections say. The anticipated escrow return will be the largest ever made to the NHL and could deliver more than $4 million to each club's bottom line at a time when the economy has softened and many have seen declines in single-game receipts.

It will be the second time since the league passed its current collective-bargaining agreement in 2005 that the NHL has kept a portion of the escrow money. Following the 2006-07 season, 2.5 percent of each player's salary that had been put away in escrow was kept by the NHL. In the two other seasons since the current CBA was signed, players received 104.64 percent of escrow (2005-06) and 100.66 percent (2007-08) because the league's total revenue was higher than expected.

So instead of paying out more than the league holds back it will be holding back money for the first time. In fact, that same article later goes on to note that some sources are admitting that they might hold back more than the $120 million mentioned. Next season's salary cap is already expected to plateau and only the player's exercising their option to provide a 5% bump will keep it around this season's levels. The reason that it will stay relatively static is that next season's salary cap is based on this current season's revenues. Luckily for the players in this ticket-basedd league most of this year's revenues were collected last year through season ticket renewals.

There are already some problems in weaker markets such as St. Louis and Atlanta who are doing everything that they can to drive down their season ticket base through ridiculous promotions that encourage single ticket purchases. Those kinds of moves serve to shift certain revenues into uncertain revenues. Rather than having a situation similar to Toronto's where ticket revenues are basically known before the season (hell, the Spring) even begins those two cities are depending on their teams to be successful and for their fans to believe that it makes more sense to pay more for season tickets than to risk purchasing them on a game by game basis.

MF37 this morning touched on part of what this means for team development:

As the cap shrinks, salary containment becomes ever more important. Drafting and developing young talent is really the sole option for GMs to restrict salary pressures. With entry level deals capped at $1M, players have to spend approximately three seasons (depending on their age at the time of signing) in the bigs before they qualify for RFA status/arbitration rights. UFA status kicks in when a player is 27 or has accrued seven seasons in the NHL. That's not a big window to accrue talent and make a run for the Cup. The key ingredients going foward will be a strong collection of cost-contained youth and players outperforming their contracts.

As his post showed, there are quite a number of teams that are in dire shape should the cap fall in the summer of 2010. Meanwhile, the Leafs only have $17M committed after July 1, 2010. The result is that draft picks become that much more valuable. Daoust took a look at Burke's attempts to fill in the gaps but those are still not the quality of picks that are necessary. At least not with the Leafs' history of player development. The impact on the deadline was palpable as only one first rounder moved. In fact, if you take a look at the NHLers that were traded you'll notice a pattern:

In only one deal were there contracts moved that extended past July 1, 2011 and if you take a closer look the contracts, much like in the Kunitz-Whitney deal, are almost mirrors of each other. Justin Williams' cap hit is $2.747M while O'Sullivan's is $2.296M for a difference of $451K. The difference in actual money spent over the next two seasons is only $2.224M.

So while Junior and Burke did an admirable job trying to manage expectations I think that some of us (especially me) were hoping that it would be business as usual at the deadline. It would appear that general managers and owners (especially the Lightning) are becoming increasingly wary of making any commitments past July 1, 2010. Taking that into account I think that Burke's feedback among fans might shortchange what he was able to do yesterday.

I joked that JFJ would have met Dominic Moore's contract demands and thrown in a NTC clause but if you look at how he handled McCabe and Tucker it becomes much less funny. In both cases JFJ managed to outbid himself and then handcuff himself through negotiating techniques that are best described as a concerted effort to grip his ankles as tightly as possible. Yesterday, Burke assessed his two UFAs, assigned them a contract value for the role that he saw them playing, and when the players' (or their bastard agents) priced them out of that range he moved them for assets. Going forward, staying true to this kind of policy would be a refreshing change.

So we move on to the draft in June and free agency in July. I wonder what the impact of the economy might be on both dates but from what I saw of Burke I feel that we're in good hands. It's amazing what a good night's sleep will do for you.