Mikhail Grabovski and pineapples? How does that make any sense? It all started when merciless overlord all around awesome guy Chemmy found crazy pictures on a Russian site of what looked like Mr. Grabsovski  attacking a pineapple with a rather large kinfe. The oringinal post is here. 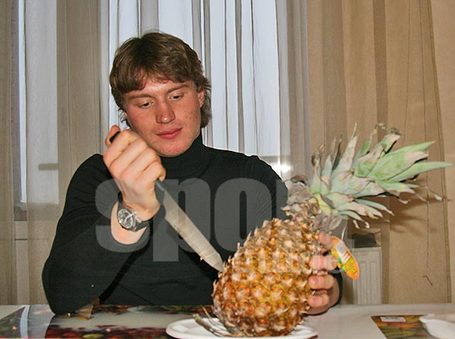 This gave rise to the theory that Grabovski hated pineapples, and would stab tham at any given opprotunity. As a result OdinMercer of the great Five For Howling started photoshopping pineapples onto goalies playing the Leafs in an attempt to turn Grabovski into a menace. 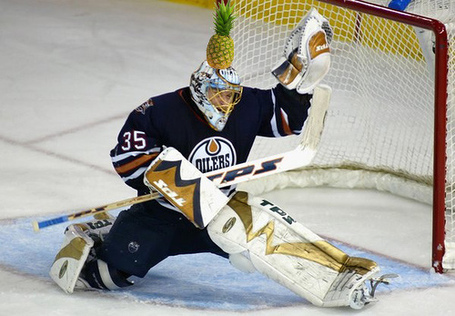 So far, it has worked with only mixed results.

And Honestly, how could I forget this?