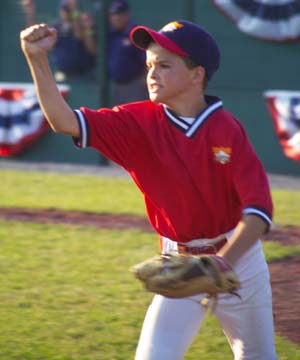 Someday I'm gonna be just as vilified as Jason Blake

Ladies and Gentlemen, the hour is upon us. At 5PM (Eastern) tomorrow, entries will close for the Pension Plan Puppets Playoff Pool - that which is already being described in some circles as the PPP PP.

Let's look at the prizes again -

Also - a special one of a kind prize for the team finishing last - Wunderbar!

So far, we have 28 teams entered - but only 14 of said teams have sent a roster to me. And no roster means no entry! These are our confirmed entries so far:

It's Not a Job, It's a Kariya - Mattblack

Phew! "Why didn't you put all that in a nice formatted table, Matt?" I hear you cry. Well, it's because the Tables function absolutely sucks. So now you know. Editor's Note: It's too complicated for Mattblack because it doesn't translate into cockney. Author's Response: PPP has just committed a geographical error of the same magnitude as me implying he's from Regina. Just saying.

Moving on to the 'Name and Shame' segment, these are the entries who are yet to send me a roster. For shame!

C'mon folks - get with the program, eh? You can't win if you don't pick!

Same goes for all those that haven't entered yet. Why wouldn't you want to win one of those fantastic prizes? Send me an email (waddi78@gmail.com - I'll even drop the rule about saying you want to kiss me) with your USERNAME and your TEAM NAME and I'll send you the rules and a player list to pick from. Remember to pay attention to the player positions in the list, they might surprise you a little!