The Games I Watched - April 20

Share All sharing options for: The Games I Watched - April 20

I didn't get to see much of our adopted Eastern Conference team but from what I've read it looks pretty much like what I expected. Once the Capitals were able to solve Lundqvist their domination of the series continued. The best part of the game was obviously Sean Avery's clown-like attempts to engage the Capitals' rookie goaltender Simeon Varlamov. One problem: he doesn't speak any English. In the post-game presser Boudreau was actually asked what he said to Varlamov. His answer was pretty classic as he related that he just told Ovechkin to tell him that he was playing.

J.P. picks out the turning point:

Rarely does a game have so obvious a turning point as this one had, when Callahan beat Varlamov only to be robbed by the inside of the post moments before the Caps took the puck the other way and scored to make it 2-0 eleven-and-a-half minutes into the game. It wasn't yet "game over," but it noticeably impacted both teams' confidence.

But what really impressed me was how hard Ovechkin back-checked after coughing up a short-handed breakaway.

The other game that I brought myself to endure was game three of the Bruins/Habs series. Montreal was returning home to a crowd filled with jersey-clad, brick-wielding, fanatics looking to begin their fight back into the series. It certainly kicked off on a classy note:

All I have been hearing all week long from Montreal is how classy Habs fans are. Yeah, booing the U.S. National Anthem is a real classy move guys. I hate fans on both sides that try to make it U.S. versus Canada. Morons, there are players from both countries on both teams. Habs fans will surely point to isolated incidents involving a handful of Bruins fans but this incident involved the majority of the 20,000+ Habs fans in attendance.

The game took a now familiar path: the opposition took a lead, the Habs kind of stuck around, Jim Carey Price gave up a terrible goal, and the Habs were booed off of the ice. Now, I am not one to rub an opponent's nose in their failure. We all know that our rivals would never revel in the Leafs' shortcomings. In fact, here's a video of the reaction in Montreal when the Leafs were eliminated from the playoffs:

WHAT.THE.HELL!? Oh hell naw. Follow me after the jump to drink some delicious, delicious tears of pain. Note: These are some salty tears. Put on your earmuffs if you don't like cursing.

From before the game:

Sorry to piss in your breakfast, but there isn't any booing going of the home team during the playoffs. Not even in the good old Breezer bashing days.

From later in the game:

Wow. I've never heard booing at a playoff game before. Even in the 90s.

That's probably because there weren't that many playoff games in the 90s. Also, no one had bought the "Habs as Contender" story hook, line, and sinker. Don't worry, the despair gets thicker.

We're done. Our team sucks. Fire everybody. Burn the arena (after the game so as not to kill anybody). Transfer Carey Price to Liverpool for Steven Gerrard.

Hmmmm, trading for the iconic captain of a club whose fans almost exclusively try to live in their glorious (but quickly receding) history? Gerrard will fit right in! Editor's Note: Screw you Mattblack! I wasn't leaving that one hanging for you! But not all of the Habs fans are jerks:

The sarcastic applause for Price was unnecessary. Then again so was the noise dying the US anthem. I told the dude a few seats down from Me that he was an illbred asshole for booing. He shut up.

They're also kind of funny:

When the fuck did he become David Aebischer: Rebound Machine?

And having revelations about their "All-Stars":

Haha, the Versus guys are ripping Komi a new asshole. Thank God a non Montreal guy has figured out that Komi is overrated and fucking sucks.

Fuck off Komi, fuck off.

He's just not fucking off to Toronto. Please Burke. Don't do it. Hey, there's more of this 'self-awareness' stuff going on in HabsLand:

I never thought I'd say this, but Carbo was 10x the coach Gainey is. Doesn't really matter that much when you've got a bunch of gutless pussies on your bench. But still.

Isn't this making anyone uncomfortable? I don't want to humanise Habs fans. Ok, one more:

WE HAVE A GOALIE ON THE BENCH THAT CAN STEAL GAMES FOR US. WHY THE EVERLOVING FUCK IS HE RIDING THE PINE????

Forget his father, looks like the fanbase has already forsaken their Franchise Saviour (TM 4HF). But just to make sure that we don't lose sight of the fact that most Habs fans are, in fact, complete asshats:

Fuck you Michael Ryder you fucking twat. go suck on the arbitrator's cock.

Oh yeah, drink that up Leafs fans. You know what this calls for? An old Battle of Ontario tradition: Anthropomorphic Mocking Numerals! Thanks for the reminder Jared. So how many losses are left in the Habs' season? 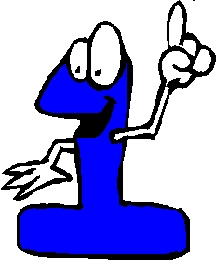