(Not everything I write will come from Holzman and Nieforth's Deceptions and Doublecross: How the NHL Conquered Hockey (actually, a surprising amount doesn't), but it's a good bet that this book will have influenced it.  Seriously - go get a copy and read it.  It's good.) 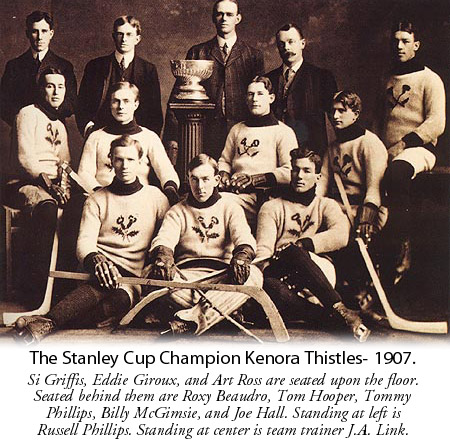 
When I started watching hockey, there were no advertisements on the boards, a game that was tied after 60 minutes was over and counted as this thing called a tie, helmet usage was at about 60%, hockey sticks were made of wood, a pass across centre that started in your own zone was offside and I have no idea which version of the tag-up rule was in force.  This was not that long ago, but if you watch one of those games on TV, it's surprising how odd they look.  ("Hey, look!  That defenseman got beat and didn't hook the guy!  He turned around and chased him!  What's up with THAT?")

Hockey in 1909 was still a seven-player game.  You had the six skaters we currently have plus a player known as a rover.  The rover was neither a defenseman nor a forward, but contributed to both (sort of the hockey equivalent of a midfielder).  It seems to have been a position that rewarded great skaters and creative types.  Cyclone Taylor was perhaps the most famous of all rovers and was one of the biggest stars of the game.  Of course, having a little game footage of a rover in action would help enormously in assessing the impact of the position.  No such luck.

When you look at a picture of any given team, though, the thing that has always struck me is how few people were on it.  You had your seven starters and, by and large, that was your team.  They played the entire game.  This is why both goal totals and penalty totals can look so outlandish - players were getting literally two to three times the ice time, so statistics went hand in hand.  Most teams would have a couple of subsitutes that would go in from time to time, probably one who could go in as a forward and another who could play defense.  (Roster management would be vaguely soccer-like.)  No backup goalies.  If your goalie got hurt or took a penalty, another player went between the pipes.

This is the roster of the 1908 Toronto Professionals - the group who went into the Cup challenge against the Wanderers and lost:

(presumably one of those forwards was the rover.  Which one?  No idea.)

That's it.  That's your entire team.

Newsy Lalonde - potted a couple of goals in the loss to the Wanderers. 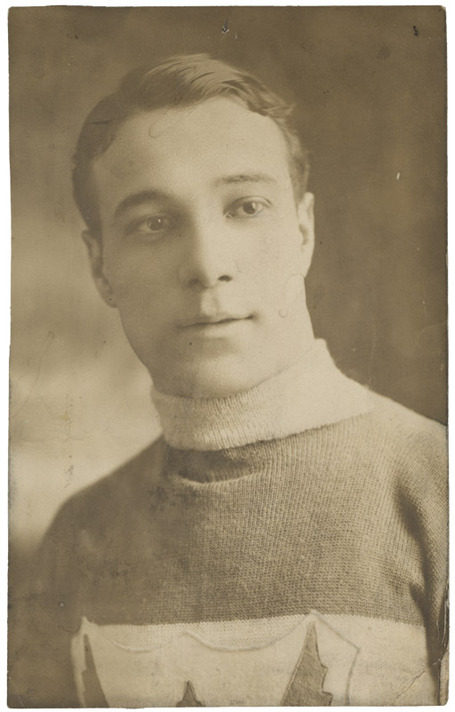 
So what would this game have been like?  It basically has to be slower - there's no 45-second shift and then a recovery period.  As a player, you're out there all the time and you need to pace yourself accordingly.  There's no forward passing, so the only way to advance the puck is to skate it out.  As we hear time and time again, nobody can move as fast as that puck.  There are two extra bodies out there, and even if the average player (but certainly not all of them) is somewhat smaller, there isn't a ton of room.

It would also be a pretty nasty game.  The guy you're mad at is out there the entire game and so are you.  Odds are, if you want a piece of him, you'll get a chance.  As an added bonus, if you could injure enough of your opponents, they'd pretty quickly find themselves playing shorthanded, increasing your chances of winning.  Ottawa was relatively adept at this, it seems.

The other impact to the game is that the influence of a single player is HUGE.  Adding two high-end players to a team of seven is of enormous impact compared to adding the same two players to a team of twenty.  This is why the stories of player tampering are taken so incredibly seriously and why the owners lived in abject fear of raids by other teams.  If you lost a star, your team was basically finished.  When we get into the history of Livingstone and the other owners, basically everything centers around conflicts involving player movement with that limited roster size.

Think of it in these terms - with the loss of two players, you could see your entire defense disappear, or two-thirds of your offense.  The only comparable today would be the loss of a starting goaltender - say, like Bernie Parent jumping to the WHA.  (OK, let's not go there....)

By the teens, the rover has been largely dropped (though not completely till the early twenties).  This was supposed to save money (and increase space/flow), but instead it seems the the rosters end up growing a bit.

Livingstone, with the Toronto Tecumsehs, actually has a second forward unit that he switches in and out in order to keep fresh legs on the ice (and mask the fact that some of his team is out of shape).  Called bush-league at first, it clearly works and is adopted elsewhere.  Even so, there's a big drop-off in scoring from the first unit to the second and presumably the top unit was out there far more often than not.  (There's also one incident in the Holzman/Nieforth book where Livingstone is praised for managing ice time to keep two players who wanted to kill each other apart.  Novel idea, Livvy!)  Rosters at this time seem to be managed more like a basketball team.

It's another ten years before teams begin to change on the fly.  Rosters continue to grow, you start to see specialized line combinations and matchups.  Add in the forward pass in the late twenties and you start to see today's game emerge.

Every so often, I read discussions about how today's athletes would fare against those who came earlier.  There seem to be two poles - either today's athlete is enormously superior in every respect and would obviously win out, or the forefathers were so fantastically wonderful that they'd obviously destroy players from today's watered-down game.  Not a lot of nuance in the discussion.

I always want to ask about the terms of the contest.  Whose rules are we playing?  Whose equipment are we using?  How many games in the series?  (No matter whose rules we have, people will adjust if given time.)  These things matter.  You can't answer the question without it.  Even Rome's legions can be beat if the barbarians catch them in the right spot.

My favourite quote about this sort of thing, though, has to do with Cyclone Taylor.  I find uses for it all the time (although I usually make it about Bobby Orr).

Ex-Leaf and HOF defenseman Babe Pratt was in the stands with a reporter, watching the Cyclone take a few turns around the ice in Vancouver's Pacific Coliseum.  The reporter asks Babe how many goals he thought the Cyclone would score in today's NHL.  Babe replied that he'd score maybe twenty.  The reporter was shocked.  This was one of the greats of all time, after all.  "Yes," says Pratt, "but remember that the man is 90 years old...." 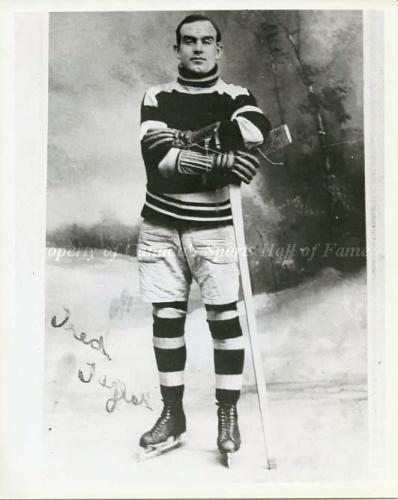 (Edit - 20090424 - Taylor apparently was NOT the most famous rover - he played defense in his early days, forward in his later days.  The account where I thought they played him at rover may have been a one-off, or wrong.   Lester Patrick, on the other hand, did play rover.  So there.  ;) )