You're so money and you don't even know it. 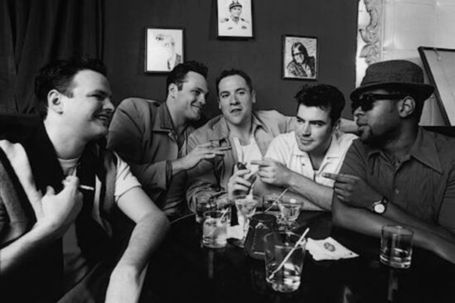 On the docket tonight we have two game sevens. The Caps and Rangers. The Devils and the Hurricanes. Both games have a Staal and even then I think the Staal drinking game can be played even if they aren't playing in the same arena.

Rangers @ Capitals 7 EST VERSUS TSN MSG RDS. Donald Brasher is suspended six games after hitting Ranger Blair Betts. It's the return of Torts with added security so get doesn't have to dirty his hands with attacking fans, or moping beer off his fine Italian suit.

Carolina @ New Jersey 7:30 EST VERSUS RIS TSN2. Ray Whitney and Eric Staal have been the twosome making Martin Brodeur work out in the pipes. Devils captain Jamie Langenbrunner will return tonight after missing three games due to a lower body injury.

Must Win City. It could get ugly. A bit like this. Language NSFW;