In 1605 one poor delusional Briton thought that he was going to strike a blow for his political by blowing up Parliament. More than 400 years later a distant relative (they're all related on that island right?) once again tried to create an uprising against a growing empire. It began with slight knocks against two beloved football clubs but it's insidious nature would not allow it to tarry at such a tame effort. No, rather than rest on the occassional potshot he went about recruiting other members to partake in his shadowy plot to overthrow the current rulers with new overlords. Thankfully, through the efforts of some former foes, the plot was foiled.

Here is a woodcut of the plot's masterminds meeting: 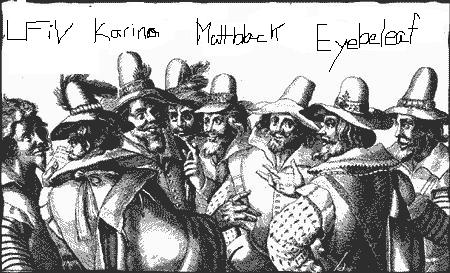 Some names have not been named but I can only imagine that a few minutes on the rack will loosen some tongues. It's a sad day when such treachery grows in your own backyard but thankfully we are able to exact punishment on at least one member of the cabal. Mattblack won't meet the same fate as his idol Guy Fawkes mostly because of laws and BS like that. However, he will, starting June 1st, be demoted from the FTBs. No longer will the early morning post be home to confusing Brittanic humour (why is Yakkety Sax so popular?), vendettas against luminaries such as Steven Gerrard and Cesc Fabregas, or Satan worship. Well, except on the weekends.

Ok, so what's the truth? Well, as we noted when we first put out our hiring sign, the position of PPP's Princesses is just a stepping stone to bigger and brighter things. Mattblack, against all odds was how he described it, has risen from plucky FTBer to some job so important that he can't dick around at lunchtime anymore. He'll still be around on the weekends to remind the newcomer how it's done.

What does that mean for you folks? Well, Chemmy and I have gotten used to the division of labour and I think everyone else loves having something up to read first this five days a week. So we are hiring again. 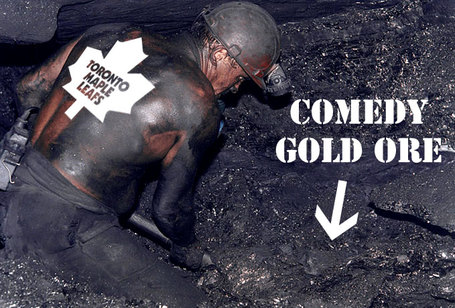 If you answered "Sure I guess" to some of those questions, we'd like you to write for us for free! Some blogs charge up to $999 to do their grunt work, others charge as little as $500 (50 easy payments of $10) but at PPP Amalgamated Heavy Industries we'll let you do it for free! Job responsibilities include (but are not limited to):

If you're interested, let us know in the comments!

* this one is very important

**two of these responsibilities are not true.