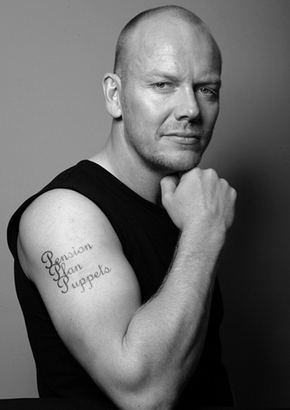 So you guys have once again come through with the goods with our Hockey Reference sponsorships. All of the spots have been renewed and a couple more have been added. Now it's time to decide what we want each caption to say. We have 255 characters (including spaces) to inflict as much psychological damage/hilarity. So it's time to put your thinking caps on. No, not the tinfoil ones. Those are for when the league conspires against the Leafs.

The last one on the docket has the potential to be the most controversial: Mats Sundin. I don't want this to devolve into Sundin-bashing/Eyebeleaf-baiting/anything unpleasant. Here is what is there now thanks to MF37 which is exactly 255 characters and likely perfect:

First player to score 500 as a Leaf. All-time Leaf leader in goals and second in assists. 22nd most goals scored in the NHL and most overtime goals in NHL history. Nine-time all-star. Captain of the Swedish Gold Medal Olympic team. Greatest Leaf Ever.

So the question is: Can you do better? To ensure that everyone has all of the time that they need to make up their mind about how to vote or to craft their suggestions this poll will remain open until December.