Another Team in Ontario?

Share All sharing options for: Another Team in Ontario? 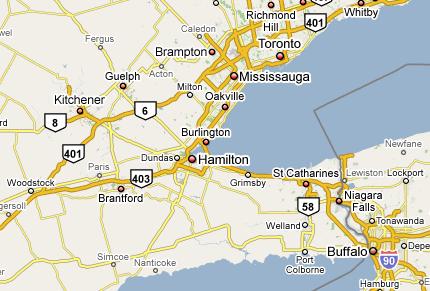 Unless you've been living under a rock, and to those of you that have thank you for making this site your first contact with the outside world, you're well aware that the Coyotes are in trouble and Jim Balsillie already has his hands in the mix. Mirtle makes a few good points about why the Coyotes won't move to Ontario, but I'd like to throw something else into the mix.

A lot has been made about having to pay the Leafs and the Sabres to move into their current territories. Buffalo draws a lot of fans from Southern Ontario for Leafs games and as Sabres fans so it's easy to see that they don't want another team to move into their territory and take away their revenue stream.

The Leafs, on the other hand, sell out every game and are printing money. They'd probably be happy to have another team pay them three or four hundred million dollars to move into their area, right?

I don't think so. I think MLSE is becoming increasingly aware of the diminished cultural relevance of the Leafs. From an article posted in September of last year in the Star:

Half the citizens of Toronto are new Canadians, many of whom have not warmed up to hockey. And by 2018, more than half the city will be visible minorities, meaning the sport has to lose its WASP-ish image.

It's more of an issue of future fans. Things are fine now, but as more and more people move to Toronto who didn't grow up with hockey or grow up with the Leafs, MLSE's stranglehold on the city will begin to weaken. MLSE knows this, their broadcasting of games in Punjabi to market to a large Indian demographic are done solely because MLSE wants to pull people in to their brand.

"The future of soccer and basketball concern me less than hockey. We need to be start thinking about the long term."

The city's highest profile sports franchise has a waiting list of 3,000 names for season tickets, and isn't worried about filling seats for the short term. - The Star

Think also of the people that move to the GTA because of work or school from elsewhere in Canada who are hockey fans but not Leafs fans. They'll be the people that latch on strongest to a non-Leafs team in Toronto, Kitchener, or Hamilton.

"Young kids are less connected to hockey," said [MLSE COO Tom] Anselmi. "They get connected through playing, winning and access. Well, we haven't been doing enough winning. And they haven't been getting access via tickets." - The Star

Jim Balsillie is an outsider amongst the NHL's ownership group who have vocally expressed their displeasure with him and have supported Bettman everywhere he's tried to block Balsillie, and I wouldn't be surprised if MLSE was at the forefront of that group making sure that someone doesn't drop a new Canadian franchise on their doorstep.

Would the new franchise do well? Probably. Would MLSE be fine in the short run? Probably. This isn't about that though, this is about MLSE blocking a franchise move to ensure their own future survival. I think it's clear though that MLSE is thinking long term and they're worried about fans in the future. They're not going to let another team come in and erode that position even more.

Toronto has the financial and political support in the NHL to block a move like this, and I'd expect them to.