Fill In The Blanks

Share All sharing options for: Fill In The Blanks 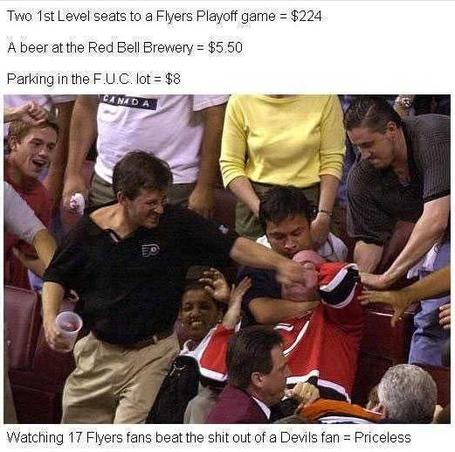 It's no secret that the internet is made up largely of porn, games, and anonymous idiots. Kidkawartha has so far highlighted the latter in what could be termed Exhibits A and B in the case of Light v. Darkness. One thing that Godd Till noticed in those posts and the posts that kidkawartha noted was that there are two words that, more than any two, give you a clear picture of the type of person that is leaving the much-mocked comments: Go Flyers. Sure, they'll pretend that 70% of them are literate but do colouring books really count? I say no. What do we mean? Well, I'll let Till explain:

Seriously, it's awesome how many people write dumb shit and then 'go flyers'. go flyers = 'ps in case you couldn't already guess i am functionally illiterate'

And that's when a concept took off:

Till: I'm on probation and then I showed up at the strip club where my ex used to work and hid in the parking lot. Then, the cops showed up, and well, Go Flyers!

PPP: I am posting from the library - Go Flyers!

Till: I had a homeless man type this in for me - Go Flyers!

PPP: The law dictates that I be allowed 15 minutes of computer time per week - Go Flyers!

Till: This is the only site I am legally allowed to view on a computer - Go Flyers!

PPP: So I asked her three times how old she was but the judge didn't believe me so now I have to introduce myself to all of my neigbours - Go Flyers!

Till:  So I got my mom to blow into that interlock thing before I drove to the Spectrum but then I crashed into a hydro pole - Go Flyers

PPP: So I climb up on the lamp post to celebrate with my fellow fans but they started throwing bottles at me. Now I stutter. Best fans in the world - Go Flyers!

Till: And then I said, dude, no way are you kicking me off the golf course and I grabbed by 7-iron - Go Flyers!

Till: So I said 'he doesn't look that tough' and I leaned over the penalty box. Then I fell in, he kicked the crap out of me and I pissed natty light everywhere - Go Flyers!

Godd finished up strong but I think that you guys could come up with some good ones. Have at it! The best ones win a green tinge to their comment*!