The Tecumsehs - the guys who weren't the Blueshirts

(The Tecumseh Logo - via sportslogos.net )

This is one of those posts where I had the entire thing pre-written in my mind before finding one more tidbit that blew the whole narrative apart. So I'm starting over again. Again.

Toronto had what were basically a pair of expansion teams in 1912. Neither franchise came with players, so both were built from scratch. I always find it curious to note that it was a precondition for Toronto's entry into the league that there had to be two teams here. Just having one didn't make the travel sufficiently cost effective. With two, you could get a pair of gates from one trip. (Later, this would be a convenient excuse to try to dump the Blueshirts - only one team in town = not worth the hassle.)

The Tecumsehs were originally bought by people associated with the Tecumseh Lacrosse Club. The wiki entry says that no actual money was forthcoming from them and the team was reassigned to W. J. Bellingham of Montreal. Goaltender Billy Nicholson was the first manager and he put the team together.

Holzman and Nieforth describe the first iteration of the team as being made up of players from the Tecumseh lacrosse team under Charlie Querrie. There was an exhibition game played by the Tecumsehs in '11-12 that may have fit this profile, because I don't really see this in the players the Tecumsehs eventually wound up with (not that the roster of the 1912 tecumseh lacrosse team is readily available - I say this more based on the hockey pedigree of the players they got). They do say that Nicholson led the team in that first year.

Now, when I look at the lineups of the Blueshirts and Tecumsehs, I'm reminded a bit of the '92 expansion that brought Ottawa and Tampa Bay into the league. Ottawa put together a team of kids who had been failed first-rounders of other teams. Tampa pulled every grizzled vet who was available. The result was that every time you looked an Ottawa player, the reaction was "Who?" Every Tampa player brought the response "Is that guy still playing?"

The analogy pretty much ends there, since the kids the Blueshirts found were actually really good and them team won a Stanley Cup in its second year. The Tecumsehs were not quite as successful.

In their first season, the Tecumsehs were actually the team that got off to the better start. They had a high-water mark of 3-2 on Jan 11 and were still flirting with .500 as late as Feb. 8 at 6-7. The wheels would come off after that, with 11-0 and 8-0 losses to Ottawa and Quebec and back-to-back losses against the Blueshirts, who were finding their legs. The Tecumsehs would only win on more game, finishing at 7-13.

When you look at the standings, the problem is evident. The Tecumsehs were only two wins behind three other teams, but look at the goal differential:

This team couldn't score. When they'd win, they'd squeak it out and when they'd lose, they'd get creamed. The Blueshirts only gave up three fewer goals, but scored 27 more. With the Blueshirts having a younger, more talented and dynamic lineup, it's not surprising that they wound up as the better draw and the better moneymakers. The Tecumsehs would be sold to Tom Wall at the end of the first year.

While the Blueshirts' roster had a number of unknown kids who would be future Hall-of-Famers, the Tecumsehs were made up of guys you'd probably have known if you followed the game in those days - some former stars whose best days were behind them and some solid B-list players. You wouldn't know it from the stats, but the HOFer in this bunch is George McNamara. His brother Howard was third in scoring. The McNamara story will come later. 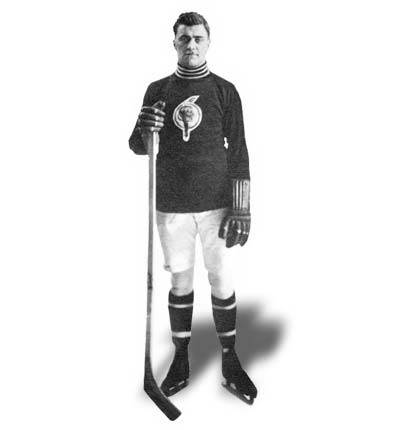 (George McNamara in one of the few shots of a Tecumseh in full uniform. Looks sort of like a proto-Blackhawk - via www.legendsofhockey.net ) 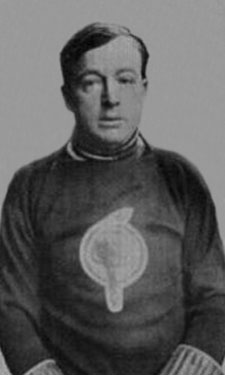 (Harry Smith as a Tecumseh - via i182.photobucket.com )

Harry Smith was probably the biggest name on the Tecumsehs. A veteran of many hockey wars by this point, Harry was one of three Smith brothers to play pro. His brother Tommy would become really important in Toronto in a couple of years. (Longtime Ottawa player Alf Smith was the third.) Harry had some accomplishments of his own:

A quote from The Trail of the Stanley Cup, Vol.1 (same link):

He looked very much like his brother Alf and had a lot of his fighting characteristics. He was a much better player than Alf during his two years with ottawa and might have been the equal of his brother Tommy, if he might have behaved.

In his first year with the Senators he was a ball of fire and he topped both Russell bowie and Frank McGee in scoring. He was a spectacular star in the famous two-game playoff with the Wanderers for the championship and Stanley Cup. Wanderers had won the first game 9-1 and no odds were quoted on the chances of Ottawa overtaking that lead. nevertheless, in the return match at Ottawa, the Senators tied the round before losing by two goals. This great comeback included five goals by Harry Smith who was personally congratulated at rinkside by the Governor General. This was the high point of Harry's career.

Frank McGee dropped out the next year and Harry took over at center with his brother Alf and Hamby Shore on the wings. Harry played well but Alf was tiring.

Steve Vair played for a number of teams, including the Montreal Wanderers, Cobalt and Renfrew. He was a solid scorer with 63 goals in 55 career games, but generally played on teams that weren't particularly good. He'd go on to officiate games for both the NHA and NHL after his playing days were done.

Along with many of the other well-known and strong hockey players of the day, Steve Vair caught the eye of the O'Brien's, who were looking to add talent to their hockey team.

Looking for any strong addition to the team that might help them win the Cup in the second season, Vair was signed to the Renfrew Millionaires for the 1911-12 season.

Vair had started his career in 1908 in Edmonton before joining the Montreal Wanderers a year later. When that team joined the NHA, Vair moved to the Cobalt team and played a year for them. It was during this time that he earned his reputation as a consistent hockey player.

He proved his worth in his season with the Renfrew Millionaires, scoring at least one goal in every game he played that year. When the Millionaire's franchise closed, Vair joined the Toronto Tecumsehs. He would remain with the team through new names and new ownerships until the end of his career. In 1913, the Tecumsehs were renamed the Ontario's, and then sold and renamed the Shamrocks in 1915, the year Vair would retire from hockey. 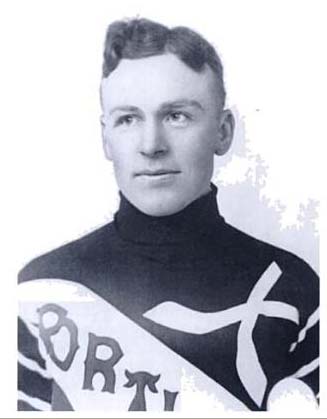 Art Throop was a journeyman left winger whose most recent NHA action had been with Haileybury. He'd join the PCHA with New Westminster in 1913-14 and was part of the first-edition Portland Rosebuds in 1914-15. 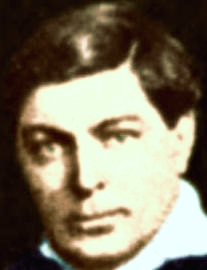 
Billy was already 34 when he joined the Tecumsehs in 1912. He'd been a Cup winner with the Montreal AAA team in 1902. People often speculate about the merits of an extremely, erm, "portly" goalkeeper in terms of his ability to cover lots of the net. Billy Nicholson apparently was 5'7", 275 pounds. He'd still be playing at 38, when signed by the 1916-17 Blueshirts.

William Nicholson was one of the fattest men ever to play hockey at the semi-professional or professional level. Originally the goalie for the Montreal AAA "Little Men of Iron" -- circa 1901 -- he has been called the first true "butterfly" goalie. He was flopping to the ice to make saves at least 10 years before Clint Benedict, the goalie who has been generally credited with pioneering the style.

Throughout most of his career Nicholson was a solid, dependable goalkeeper. He played on some poor teams, such as the 1907-08 Shamrocks and 1912-13 Toronto Tecumsehs. He rounded out his career with the Toronto Arenas in 1916-17.

The sight of Nicholson in full uniform, wearing his trademark toque and weighing anywhere from 250 to 275 pounds, must have been delicious. Apparently, whenever he crashed down onto the ice to make a save, everyone would hold their breath in fear that the ice would crack. He was surprisingly athletic, though, despite the constraints of his plus-sized frame. His career, while not of Hockey Hall of Fame caliber, compares favorably to the goaltending standard of his era. 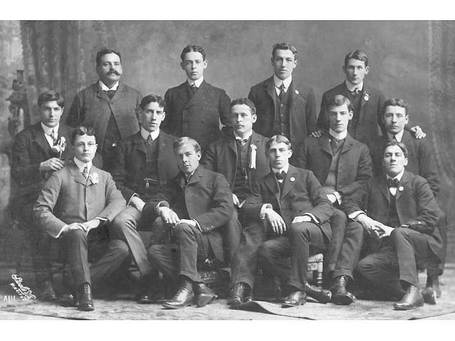 (The 1902 AAA team. My nickel says that's Billy at the top left. - via www.legendsofhockey.net )

According to another source whose link I have now lost:

Nicholson was one of the game's top netminders in the early 1900s. He led a major professional league in GAA four times (1902-04, 1908). If the Smythe trophy existed in 1902, Nicholson would likely have been the front-runner, allowing just two goals in three Cup matches to win the championship.

Horace Gaul is one of the few Tecumsehs that I see actual lacrosse evidence for (he's in a 1910 set of lacrosse cards). Hockey-wise, he was another veteran defenseman - a longtime pro who had played in Ottawa (Cup winner in 1905) and Pittsburgh. He played for Haileybury in 1909-10 before winning another Cup in Ottawa in 1911.