Introducing The Schennies (name coined by Archimedies), the Monday round up of the witty and insightful comments here on PPP. Recommended fanposts and fanshots have their home and this is where you can find recommended comments. Use that rec button to highlight the best and make my job easier. Always remember, it's an honor just to be nominated.

Down Goes Brown on that Daniel Alfredsson quote:

"Go ahead and write it, I guarantee I’ll touch his cup."

The Fill in the Blank post is now the stuff of legends and will have to go on some PPP Greatest Hits Compilation that can be ordered in a Time Life series at 2 am. So many many gems came out of this thread.

FrankD of Pensburgh showed up and chipped in:

If cheesesteak were vagina I wouldn’t be a virgin. Go Flyers!

Chemmy in response to a computer literate Flyers fan (what?) posting video of the 2004 playoff series:

I have to question the authenticity of that video. Sami Kapenen doesn’t remember that happening.

More goodness after the jump

floridaLEAF with a visual punchline: 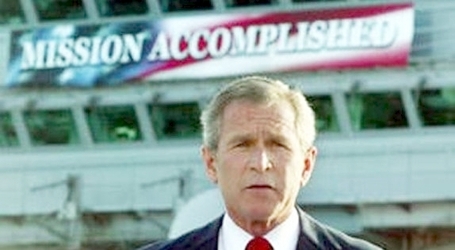 The battery in my monitored ankle bracelet gave out – Go Flyers!

Hey Domi, you’re lucky this glass is in between us or I’d … bleearggh Go Flyers!

OdinMercer, y'all know him right?

I root for the Flyers because the people in Ottawa said I was too smart to be a Sens fan – Go Flyers!

DGB with another zinger regarding Dennis Leary in a Leafs shirt:

I think he stole that shirt from Bill Hicks.

kidkawartha possibly puts me in my place, is hilarious while doing so:

Two points-
The "Argentinian woman of the night" is not, actually, a woman of the night. She is a professional international commodities broker who is "soul mate" to the cheater in question, which raises q’s about how he’s going to reconcile with his wife- will he have his own soul exorcised so that he can be a soulless, zombie-like empty shell of a man? Which would, of course, make him a shoo-in for the ’12 nomination- Sandford/Palin- you investigate, we decide! . And remember folks, marriage is now between one man, one woman, and one beautiful Argentinian chiquita on the side.
Also, Carlton the Bear is a nihilist and an opium addict- how else could a magnificent wild animal tolerate captivity and the lack of a Stanley Cup without snapping and killing an entire section of visiting Sens fans?

Finally, this shows just how big and far reaching this community from AndrewBourne:

I know you put it up as a joke, but thanks for putting up some NZ ice hockey content. I am a Canadian who has been living in NZ for over 3 years now. I have 3 videos up on Youtube that you might find funny. The first is of the National Team (The Ice Blacks) doing the Haka in a game this year against a team from Finland. The other 2 videos you will definitely find funny, they are videos of the initiation ritual that we put the rookies through on the team that I play for in the New Zealand National Ice Hockey League. Just as a word of warning, there’s a bit of nudity so it might not be something for those who don’t like that stuff or have a weak stomach.
Check them out if you want to, http://tinyurl.com/m6x4pg.

Unfortunately my hockey "career" ended about 3 weeks ago when I broke my neck in a game down here. Pretty scary stuff, but it could have been much worse because I’m still able to walk, just a bit of major surgery that went well and a neck brace that still has to stay on my neck for the next 10 weeks, but I’ll be just fine after that….I hope. After playing 20 years of hockey in Canada, I never thought that I would be playing in a league in New Zealand and then have something like that happen.

Anyway, that’s enough about me, just wanted to say thanks for keeping me so entertained on twitter and through blogs during this time. Knowing what’s going on in the hockey world back home always helps, and I just wish I was there to watch the Leafs smash everyone who steps over centre next season!

In the event you're having a bad day, read this thread and remember the day we truly embraced truculence, swagger and coined a bunch of nicknames to boot. It's been sung many times before but with this team, "it's a new dawn, it's a new day, it's a new life...and I'm feeling good."