Share All sharing options for: Leafs Fans - We Get By With a Little Help From Our Friends

After reading through the links today, I've come to the realization that the Kaberle trade discussions are not going to end anytime soon.  At first, I was a little apprehensive with this knowledge.  Kaberle is a Leafs lifer, and through his outstanding level of play, commitment to the blue and white and emo-esque almost uni-brow, the man has garnered a passionate following of Leaf fans.

The last time an issue of this magnitude lingered, we had a mini civil war in Leafs nation.  The Sundo's and the Sundon'ts faced off for, what seemed like, months.  Steely gazes and harsh words stirred up lot's of emotion on both sides of the fence.

In the end, we gave the man his due and, for the most part, considered it a closed subject.  There is the occasional "sign Sundin" appeal to the masses from a select few (you know who you are...) but the response is limited to a knowing smile.  This is Burke's team now.

As you click through the links today, I would say that the best tonic to those passionate emotions you're probably feeling is to hum a few bars of the Beatles "With a Little Help From My Friends."  Come the beginning of the 2010 season, after what could be even more roster upheaval, one thing will remain... 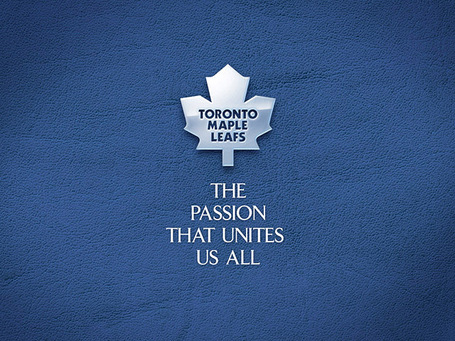