We Come In Peace

Share All sharing options for: We Come In Peace 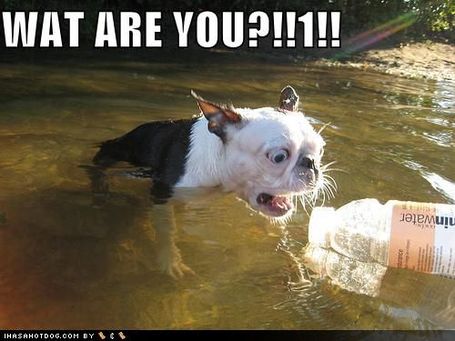 Sometimes, new things can be scary.  Yesterday, PPP graciously reached out to our lurkers.  You, kind lurkers, are the dog in the picture above, metaphorically speaking.  I guess that makes the regulars that water bottle.  Or maybe we're the water that is surrounding the dog...?  No, that's not it.

Here we are, the Pension Plan Puppets regulars.  All lined up, waving to you.  Giving you a warm welcome in a nonsensical manner: 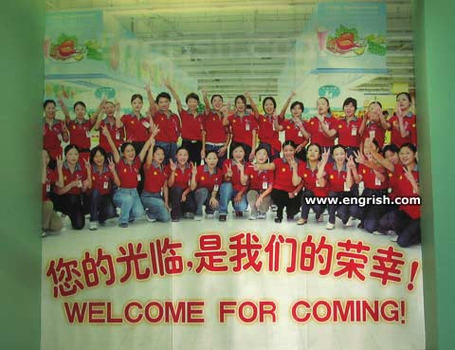 It's been said that some of the "insider" jokes are hard to follow.  I get that.  It wasn't so long ago I was a lurker.  So, you can believe me when I tell you, we're gentle.  Like a cool summer breeze.  No, not really.  We're all a little nuts truth be told.  However, when the season gets going, you'll be amazed at the wit and wisdom that will fill these comment threads.  Not to mention, the new "insider" jokes.  Jokes of which, you will be an insider to.  That is, if you sign up and join in the conversation.

As mentioned previously, PPP did give some insight to our lurkers on signing up, but it's come to our overlord's attention that another SBN site has already given an in depth outline of all the benefits of signing up.  So, if my warm welcome still hasn't swayed you, check out what you're missing.

Now, about those links...