Share All sharing options for: The Maple Leafs Invite You to Take a Seat In the Armchair

Author's note - Testing out a new feature today where I float an issue surrounding the Leafs in particular, or the league in general, and invite you to have your say.  If you're eloquent enough, maybe you'll convince the rest of us to side with you.  Be sure to rec those comments you find most convincing!  So please keep your elbows tucked and no biting.  It's time to see if you've got what it takes to sit in the big chair... 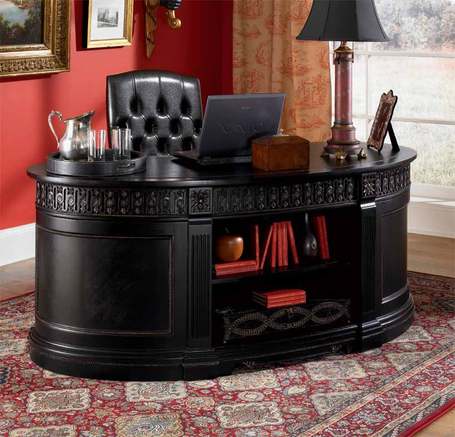 Ahh, the good life.  Guys like Brian Burke and Ron Wilson hand roll their cigars with $1,000 bills, and light them with $100s.  They get paid to call the shots on a multi-million dollar operation called the Maple Leafs.  Of course, they get paid well to do so, and the expectation is success on multiple levels, both short and long term.

After a spirited discussion with regular Tom Kurvers (not the Tom Kurvers, I don't think at least...) the hamster wheel started spinning:  If I were GM, what would I do?  What would you do? WWBBD?

Would I be able to see both the long term goals (a Stanley Cup) and the short term goals (developing the youth, and a Stanley Cup.  Always a Cup...) while juggling my future wish list of UFAs, and forecasting what the cap is going to do and how i'm going to squeeze all those players under it?

If I'm Ron Wilson, do I see the potential in a player that makes me think he should stick up with the big club?  Do I see some rough edges that need polishing with the Marlies?  How do I handle the development of top line players while ensuring the proven guys are still getting the ice time they deserve?  What would I do?  What would you do?  WWRWD?

So, join me after the jump where we kick off the first issue of our new weekly feature...

Perhaps Pete Townshend was thinking of this year's Leafs when he wrote "The Kids Are Alright" and, if he was, he was way off.  the kids are more than alright.  They're down right electric.  Given, it's all been pre-season so far, so who knows how they'll fair when the points start to matter.

With that said, (and here comes the issue) if you were Brian Burke, what would you do?  Are you looking to trade some folks to clear space?  If so, who?  Are you going for the throat and burying the underperformers in the minors?  If so, who are they?