Share All sharing options for: 2010 - Chinese Year Of The Leaf 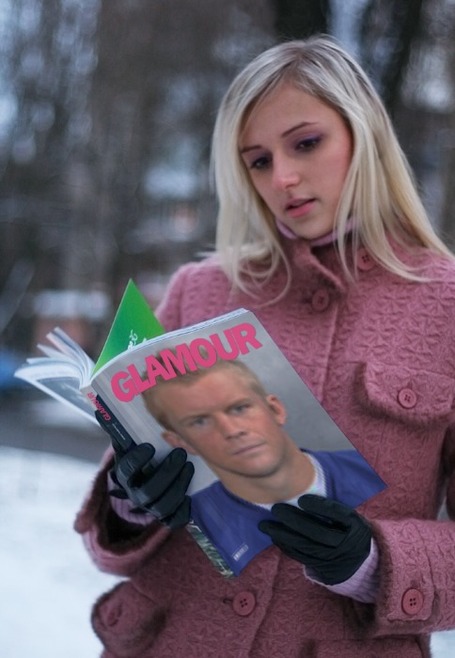 So then, a start to the decade that will finally bring the cup back to Toronto (offer is NOT legally binding in North America). I'm sure, like me, you've all been pondering hard on what resolutions to make this year - especially binding ones of course, this being the end of the noughties and the start of the...tennies.

I can't help thinking that if we all put our heads together, we can come up with a pretty decent list. Here's a couple of my own creation to start the ball rolling:

1) Formulate a plan to somehow implicate Vesa Toskala in that bomb plot that nearly hit Detroit the other week - or some similar terrorist outrage. Really, this joke has gone on long enough and if he won't be waived and can't be traded, it's time we took matters into our own hands. Besides, I've heard Cuba is lovely at this time of year.

2) More crazy pictures of Micky Grabs. If there's one thing that's been missing this season, it's been mental photos of everyone's favourite fruit-bothering, glass raising, award winning, bear brandishing Belarusian. Clearly this situation must be addressed. I am prepared (should someone else be on hand to capture the event for posterity) to confront Mikhail some dark evening in a grapefruit outfit. Greater love hath no man who his team than that.

3) Persuade Matt Stajan to audition for the next installment of the Twilight franchise.

4) Remake Rocky IV with Carl 'Crusher' Gunnarsson in the Ivan Drago role. Rocky to be played by a young Brian Burke, overcoming the odds to avenge his dead friend, Apollo Creed (here played by Rickard Wallin, in a radical interpretation of the original text).

5) Finally, we can all remain positive and sort of happy we've taken the first steps down a long road - face triumph and disaster, and treat those two imposters just the same - and stick together, for one day my friends Tiocfaidh ar la! Our day will come...

Slovakia/Austria, Russia/Switzerland and US/Finland today in the World Juniors, with Leafs/Flames at the Saddledome in the mix too. GO LEAFS GO!