Remember When We Used to Joke About Needing Group Therapy?

Share All sharing options for: Remember When We Used to Joke About Needing Group Therapy?

While many of us have joked about needing group therapy due to the Leafs poor play and utter state of disarray, few of us are strong enough to admit that we need help. Last week I decided that I needed some, so I sought out a support group for fans of terrible hockey teams.  Senators fans; Canadiens fans; Flyers fans who mistakenly thought they were at a domestic abuse counseling session; many teams were represented.  I didn't say anything at first, and people assumed the worst; they assumed I was a Leafs fan. They cried hared. I cried harder.

That night we had a speaker who really helped to ease my pain. I recorded the session and I'd like to share it with you all now as I hope it can help you as much as it did me.

Tonight, we're going to open the green door -- the heart chakra....and you open the door and you step inside. We're inside our hearts. Now, imagine your pain as a white ball of healing light. That's right, the pain itself is a ball of healing light. It moves over your body, healing you. Keep this going and step forwards through the back door of the room. Where does it lead? To your cave. Step forward into your cave.  That's right. You're going deeper into your cave. And you're going to find your power animal.... 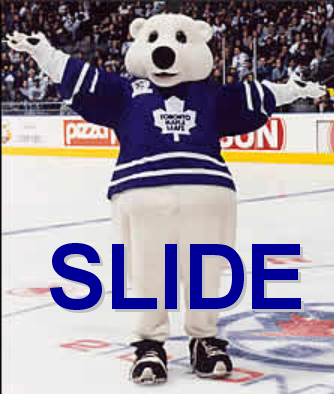 There now. Don't you feel better already? Now you are ready for some links.

More on the Kovalchuk to TO rumors [Maple Leafs Hot Stove]

Limus Omark, the guy who did this, tries another crazy move that doesn't go as planned [Youtube]

Could Ian White be the man on the move for Toronto? [T.O. Sports]

Latecomers to the therapy session: