Share All sharing options for: History #23 - The Leafs vs. the Habs

Back in December, an article appeared over at thehockeywriters.com that purported to be a comparison of Leaf and Hab fans.  In the end, it was just a thinly-veiled spin of the old "Habs have a 'winning tradition' and therefore the fans don't accept mediocrity" blather.

There was a moment of interest in the notion that the French/English dynamic in Montreal was somehow reflected in this fan experience, but that never seemed to get beyond the point that some Montreal players were, in fact, English.  At no point was it ever really shown that this was a) by design or b) relevant.

What really irked me was this:

If you go deeper into the statistical analysis using the annually updated "NHL Official Guide and Record Book", it’s easy to uncover the underlying reasons for the greater number of cheering opportunities that lucky Habs fans have enjoyed from the start. As of 2009 and in exactly the same number of games played in all-time NHL history (5,874), the Canadiens have scored 19,284 goals. Over the same all-time period, Toronto has scored 18,189 times. Not even close. The Canadiens have won 3,021 regular-season games, the Leafs 2,569, a significant difference. The Canadiens have had better goaltenders, as evidenced by the incomparably higher number of Vezinas in the trophy cabinet. They’ve had better defensemen, as indicated by the Canadiens’ ten Norris trophy wins compared to zero by the Leafs. In fact, they’ve had more star players in virtually every category.

Now, if you really get into the numbers, a lot of this comes off as absurd.

The win difference works out to just less than five per season.  Now, five wins is ten points, even in Gary Bettman's NHL.  That's significant, isn't it?

Well, yes and no.  Let's look a little further into it.

The truth of the matter is that virtually the entire win discrepancy boils down to one factor: 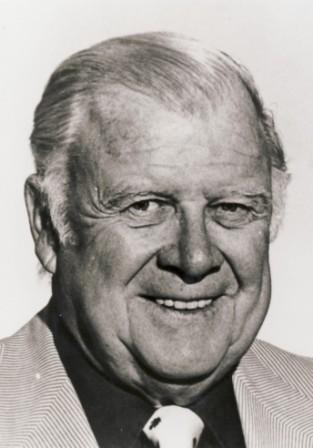 The distinction between the Habs and the Leafs boils down to the fact that the Leafs got Harold and the Habs didn't.  When you compare the team histories and remove the Ballard era, the Leafs and Habs aren't just similar - they're clones.

Now, within the Ballard era, there are really two distinct phases.  In the '70s, the Habs were going bonkers while the Leafs were always fair-to-middling - mainly because they sold off most of their farm system in the late '60s  (hey, free money!) and then got perpetually mauled by the WHA because Harold wouldn't pay anyone.  In the 80's, the Habs faded to being quite good but never dynasty-quality, while the Leafs one-upped them by going straight into the toilet.

Beyond that, as I said, the two teams are virtual clones - at least in terms of their records.  The rest of it - the counts of Norris/Vezina trophies, etc. is really just the result of stylistic differences and in some cases, timing (you can't win trophies that don't exist yet).  I'll get to that later (the next history post, actually).

First, though, let's deal with the records.  I've broken it up into some different time periods.  The first two represent the first 50 years of NHL action, subdivided by the start of the Leaf era (1926-27) and ending, appropriately, with the 1967 Stanley Cup.

The Dawn of Time

Add that all up and the Cup total is 14-13 Montreal (counting the Habs' pre-NHL win - otherwise it's 13 each).  Finals appearances are 21 apiece.  In 2614 games, Montreal has 88 extra wins and 6 extra ties.  Over 50 seasons, that's 1.76 extra wins per season.  A slight regular-season advantage, but the championships were a wash.

These are the Ballard years.  It's not perfectly clean as Harold didn't have full control until 1971, but he was making his influence felt as the sale of the farm system predates his full takeover.  I broke it down to show both the scope of the '70s Hab dynasty and the spectacular wonder that was the '80s Leafs.

During the Ballard era, the Habs won 360 more games than the Leafs did, tied an extra 26 and had 9 extra Cups in 10 extra Finals appearances.  Note - that win total is 80 percent (well, 79.6) of the total win discrepancy over the 92-year history of these teams.

Thanks for the memories, Pal Hal.

Since Pal Hal died, the Leafs and Habs are basically the same team.  Montreal has won four extra games in 18 seasons of play (12 if you count this wonderful season we're currently enjoying).  That one Cup in 1993, well, we all know that story.

The Montreal Canadiens managed to avoid a completely horrific owner and they were able to stretch their heyday an extra dozen years past the point where the Leafs' ended.  For that they are to be congratulated.  They also never managed to plumb the depths to which Harold led the Leafs.  Another factor that plays in a bit is that Montreal's worst decade was played under a 48-game schedule.  Toronto's was played in an 80-game schedule.  That skews its impact on the overall totals.

For most of the past two decades, though, the Habs have been exactly where Toronto has been.  There is no winning tradition any more - the dynasty years are 30 seasons gone.  There is just a team that trades on its past and suffers under the expectations of the present - just like Toronto.  How that manifests itself in the fan base is anyone's guess.

What I want to talk about in the next one of these is what I see as the real difference between Montreal and Toronto, particularly in their respective heydays.  It was a question not of substance, but of style.