Phew. That was a scary time in the trunk of PPP Amalgamated Heavy Industries' company car. Thank God Mattblack keeps vegemite in the trunk (or as he calls it 'the boot') or I would have starved to death. I finally managed to escape from the Pinto's trunk after Wendel Bark gnawed on the wires. Since fighting my way back to a computer I've decided that it might be in my long-term interests to present some sort of peace offering to PPP ('benevolent' my ass! This should have been a hint as to his true nature) so I am going to ask everyone here to head over to the NHL Arena and vote for this website.

Now, there are a lot of reasons to vote for this spiritual home for Maple Leafs fans but if I learned anything from the Overlord Elections it's that it pays to go negative. Also, it helps to count the votes but in this case that's impossible so after the jump find out why the other candidates deserve only your scorn.

The Wonderful World of Loser Domi 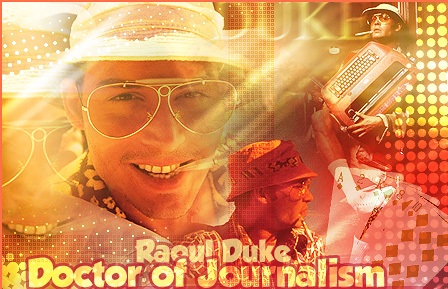 I assume that 'wonderful' is code for acid induced dream.

Take the Holiday Kesstacular for example. Read it. No, seriously, read it. It's hilarious. But that's neither here nor there. You would never know that Wendel Clark is a massively important part of the Leafs' history if you looked at her tagging. One post? You can't win this if you don't preach the word of Wendel. Actually, you can't win it if you only preach it either but we'll get to that guy soon enough. 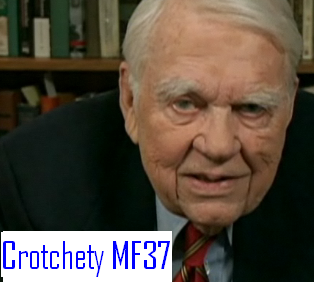 Best Represented by the only critic older than him

This election goes to the very top. After picking the best Leafs blog that site will go toe-to-toe with the other winners in the division, then the conference, the league, and then...well, that's it. So durability is important. Look at that man. He's old enough to think that the senators aren't the Leafs' rival because he remembers when the Habs were actually consistently good. Hell, he's so old he cannot even remember why he's a Leafs fan!

Even worse, the guy's an elitist. I think we all know that this is basically the worst thing ever in the eyes of the general electorate. He reads books? Ew. I take pride in not having read a book since 1984 in grade nine despite earning a high school degree (go Cole's Notes!). Hell, he writes game recaps (when he even remembers to blog) that require a Hipster - English dictionary.

One anonymous commenter (Godd Till) suggested that MF37 is really the Slate of the Barilkosphere. If you love something very very much he will tell you why you're a bad person for living for the now. Remember what Emily Dickinson said - Forever is composed of nows - the next time he's harshing your mellow.

Sure, DGB is a joke robot sent from the future but this contest is about electability. How will voters feel about having a robotic overlord? Or that DGB really only writes about Wendel Clark and Wendel Clark-related activities? Not that Wendel would endorse him: 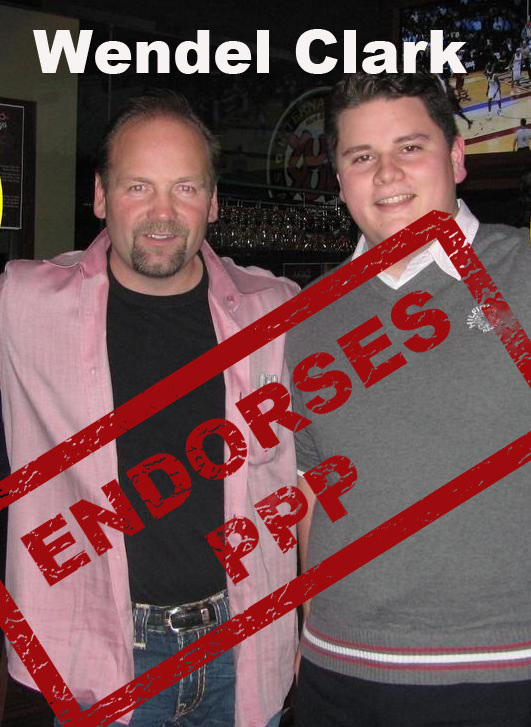 And where is he getting the money to pay these spies of his? Don't forget that he voluntarily lives in Ottawa. Yes, that very same Ottawa that is home to the s*nators. And here's his deep dark secret. Not only does he visit Hockey Buzz but he enters their contests and then declares victory! So he's already won one pointless online contest.

Also, insert your favourite henpecked husband joke here. Finally, one anonymous commenter (Godd Till again. Maclean's didn't call Cox Bloc "deliciously bitchy" for nothing!) made a hell of a good point about DGB being the Jay Leno of the Barilkosphere. It must be true too because some jokes are so cookie cutter that even a Quebecois can adapt it to his audience. Who knew that Benoit Brunet was French for Damien Cox?

So do me a solid. Help save my life. I can see Jared casing my place at night. I only have a few days to earn my freedom. HELP!

*the preceding was obviously for humour's sake. Vote for whoever and let's make sure a Leafs blog wins this thing