Trust and Confidence In Short Supply

How a turnover in the offensive zone turned into the game winning goal against the Maple Leafs.

Share All sharing options for: Trust and Confidence In Short Supply 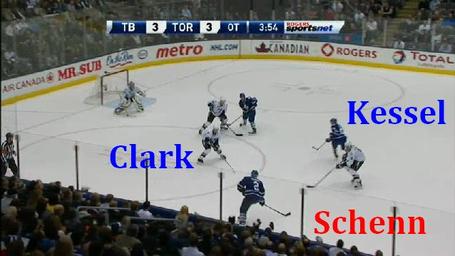 From here it is easy to see where the Leafs overtime winner was going to come from. Luke Schenn, after taking a drop pass, correctly identified that a direct shot was going to be blocked. He could slide it through, on his forehand, to Phil Kessel who would take advantage of a pick before rifling a wrist shot over Dan Ellis' shoulder. Failing that, Schenn could have held on to the puck, gone wide, and driven to the net.

As has been so often the case this season, the wrong decision was made and the puck ended up in the Leafs' net. Someday, maybe not Thursday and definitely not Saturday but someday, the tide will change. 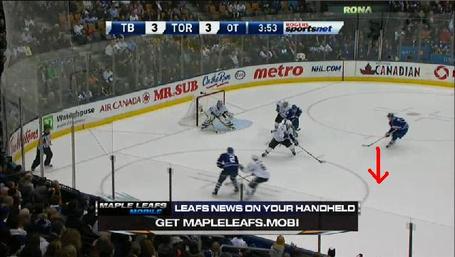 Schenn decides to hold the puck for a couple of strides too long and is forced to try to hit Kessel with a backhand. To his credit, as noted in this morning's FTB, the Leafs young defenceman recognizes that he made a critical (and stupid) mistake. Back to the play as Brett Clark, who had been cheating towards the pass and had opened a path to the net for Schenn, deftly picks off the puck and heads up ice. Phil Kessel turns to try to backcheck so things might not be so bad. 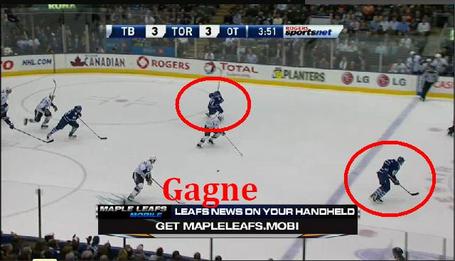 Oh great, one of the Leafs' best skaters catches a fucking rut in the Air Canada Centre's shitty ice and now it's a long 2-on-1 between Clark and Simon Gagne on...dammit...Tomas Kaberle. 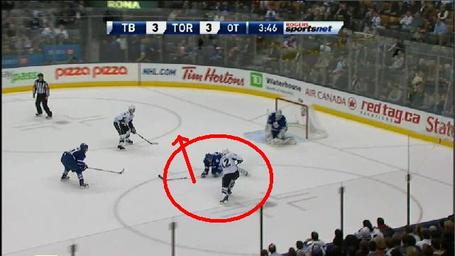 Here's a classic case of a defenceman trying to do too much. Basic 2-on-1 play is for the defenceman to take the pass away and allow your goalie to handle the shot. Considering how Jonas Gustavsson had played thus far you'd think a teammate would have confidence in leaving him to it. However, it's easy to understand how the cumulative effect of five years of pub-standard goaltending would make your first instinct to try to block the shot.

The end result of this? 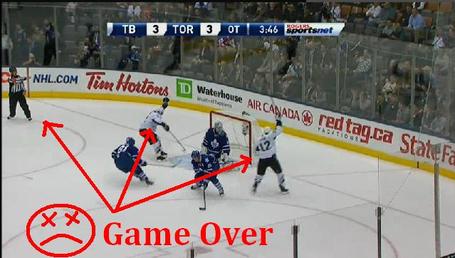 A shot deflected off of a shin pad and a stunning loss.